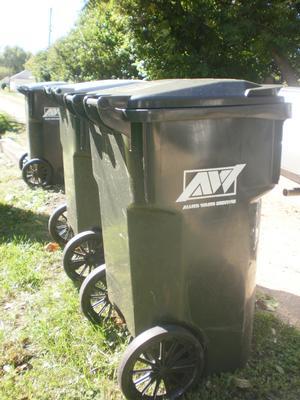 HUNTINGTON – A couple is suing Allied Waste Services of North America after they claim injuries were sustained while on the job.

American Disposal Services of West Virginia and Republic Services Alliance Group Inc. were also named as defendants in the suit.

On Dec. 13, 2013, Lawrence H. Tudor was working for Allied Waste and was assigned by his employer to an absent employee's truck route, but he was not provided any unique instructions or information by his supervisor regarding the trash compactor he was required to pickup, according to a complaint filed in Cabell Circuit Court.

Tudor traveled to Huntington from Lesage to pick up the trash compactor for the purpose of transporting it to the Green Valley Landfill in Ashland.

Upon arrival at the landfill, Tudor prepared the trash compactor for disposal and, as he approached the mechanism used to open the compactor's latch, he observed a strap that prevented the mechanism from opening, according to the suit.

Tudor claims he was required to remove the strap to remove the contents of the compactor and in doing so, the mechanism struck him across his head and upper body, knocking him to the ground, where he was momentarily dazed and/or unconscious.

The defendants failed to inform Tudor that the compactor was damaged and unsafe, according to the suit.

Tudor and his wife, Betty Tudor, are seeking compensatory damages with pre- and post-judgment interest. They are being represented by Robert B. Warner and Truman C. Griffith of Warner Law Offices PLLC.