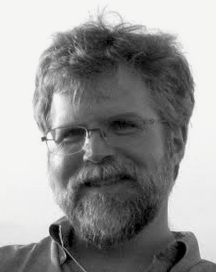 CHARLESTON – A Marshall University professor who told state lawmakers this week that trace amounts of formaldehyde in Charleston’s water supply likely is connected to the recent chemical spill received his funding from a law firm that already has filed lawsuits related to the spill.

On Wednesday, Dr. Scott Simonton told the joint legislative water resources committee that samples taken Jan. 13 show 32 or 33 parts per billion of formaldehyde in the water taken at Vandalia Grille in downtown Charleston.

Vandalia Grille is located in the zone that first was given the all-clear message from West Virginia American Water Company to flush lines and resume using the tap water after the Jan. 9 leak into the Elk River from Freedom Industries.

The WVAWC intake facility is just more than a mile downriver from the Freedom Industries site where an estimated 10,000 gallons of crude MCHM leaked. More than 300,000 residents in parts of nine counties were without tap water for days, and many still are wary of using the water.

Simonton, a Marshall University professor and the vice chairman of the West Virginia Environmental Quality Board, said he and his testing team are working for the law firm of Thompson and Barney. Thompson and Barney is one of the law firms that have filed lawsuits against Freedom Industries, WVAWC and other defendants.

Simonton said his team started testing water samples shortly after the spill was announced. The only results he mentioned during Wednesday’s hearing were the ones from Vandalia Grille.

"Frankly, the formaldehyde has me, personally, a little freaked out," Simonton said Wednesday. "What we know scares us, and we know there's a lot more we don't know.

"If we go out to the extreme, it could have been put there by Martians," Simonton said, according to the Charleston Daily Mail. "But the most likely scenario is a breakdown of MCHM."

Others, however, have been quick to discount Simonton’s claims.

And Laura Jordan, spokeswoman for WVAWC, called the report “misleading and irresponsible.”

Simonton also said he and others think the formaldehyde is being formed when the leaked chemical break down and become other chemicals after coming in contact with things such as water and air.

But state environmental officials argue there's no way that could happen, and said a small amount of formaldehyde in water is not dangerous.

On Thursday, a chemist called Simonton’s findings “a load of crap” in his blog.

Derek Lowe, on his blog pipeline.corante.com, wrote that when he first read about reports of formaldehyde in the water because of the spill, his “first thought, as a chemist, was, ‘You know, that doesn’t make any sense.’”

He said a closer look confirmed his initial thoughts … and more.

“This accident, like any news story involving any sort of chemistry, also manages to show how little anyone outside the field understands anything about chemicals at all,” wrote Lowe, who received his PhD in organic chemistry from Duke and has worked for several major pharmaceutical companies since 1989. “I say that because among the many lawsuits being filed, there are some that that the lawyers appear to believe that the chemical spill was a mixture of 4-methylcyclohexane and methanol. Not so.”

Lowe writes that this misreading of the name is “a mistake that a non-chemist might make because the rest of the English language doesn't usually build up nouns the way organic chemistry does.”

“Chemical nomenclature is way too logical and cut-and-dried to be anything like a natural language,” he writes. “You really can draw a complex compound's structure just by reading its name closely enough. This error is a little like deciding that a hairdryer must be a device made partly out of hair.”

He quotes parts of court filings from the Thompson and Barney law firm that says “two component parts of (crude MCHM) are methylcyclohexane and methanol which are both known dangerous and toxic chemical that can cause latent dread disease such as cancer.”

“Sure thing, guys, just like the two component parts of dogwood trees are dogs and wood,” Lowe writes. “Chemically, this makes no sense whatsoever.”

Lowe also writes that it would make sense to wonder if crude MCHM can degrade into methanol.

“Without going into too much detail, the answer is ‘No,’” he wrote. “I would not expect them to break off that single-carbon alcohol as formaldehyde.”

But what seemed to bother Lowe most is Simonton.

“But Simonton is a West Virginia water quality official, is he not?” Lowe writes. “Well, not in this capacity. … He is being paid in this matter by the law firm of Thompson and Barney to do water analysis. Yes, that's the same law firm that thinks that 4-MCHM is a mixture with methanol in it. And the water sample that he obtained was from the Vandalia Grille in Charleston, the owners of which are defendants in a Thompson and Barney lawsuit.”

Lowe again stresses that the level of formaldehyde found in the Vandalia Grille sample has “never been shown to be harmful in humans.”

“Just my freely offered opinions. Do your own research and see what you think.”