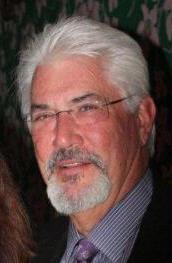 Those all came after Charleston attorneys Marvin Masters and Robert V. Berthold Jr. filed three complaints against WVAWC on Jan. 21 and 24 related to a Jan. 9 chemical leak.

WVAWC's intake facility along the Elk River is just more than a mile downstream from the Freedom Industries site where an estimated 10,000 gallons of crude MCHM leaked earlier this month. More than 300,000 residents in parts of nine counties were without tap water for days, and many still are wary of using the water.

Now, more than 50 complaints have been filed in various state and federal courts related to the chemical spill. Freedom Industries filed for bankruptcy Jan. 17.

Most of the complaints filed by Peyton were on behalf of individuals. Another was filed for the Town of Buffalo, another for Desimone Hospitality Services LLC dba Buffalo Diner and Desi's, one for Maid In The USA Inc. dba Maid to Perfection of Charleston and another for Wellington's.

In those complaints, they say WVAWC "owed a duty to the plaintiffs to establish and maintain adequate and suitable facilities, safety appliances and other suitable devices with respect to its public service to furnish its customers water for domestic use which is pure, wholesome, potable and in no way dangerous to the health of the consumer, and to perform such service in a reasonable, safe and secure manner for the convenience of the public."

The plaintiffs claim WVAWC has failed to live up to its end of the deal since the Jan. 9 spill.

WVAWC "sold and offered for sale to the plaintiffs potable water for drinking in its simple form by man which was adulterated in that such water contains a substance known as 4-methylcyclohexane methanol which is poisonous or injurious to the health of man and has been mixed with certain substances that depreciate or injuriously affect its quality and purity," the complaints state.

In one complaint for Bobby L. and Reba Tucker, it states that Bobby Tucker "suffered considerable adverse health effects for which he was required to be hospitalized." They seek damages for those expenses as well.

The plaintiffs seek compensatory damages for injuries, medical expenses, physical and mental pain and suffering, infliction of emotional distress as well as general aggravation, annoyance and inconvenience. They also seek attorney fees, pre- and post-judgment interest and other relief.

The complaint filed for the Town of Buffalo seeks damages for the "significant sums of overtime compensation" it has had to pay public safety personnel. It also says the town has been subjected to a loss of income from business and occupation taxes because of businesses having to close because of the water crisis as well as the loss of income because it couldn't allow parties to use its municipal facilities because of the crisis.

The restaurants of Desimone Hospitality Services say they can't determine how much income they've lost because of having to close for the crisis. They claim that will include the loss of business confidence and goodwill. The complaint filed for Wellington's seeks similar damages.

The complaint filed on behalf of Brogan by Ranson Law and Jacobs Law seeks compensation for the class of people who had to flush their water lines in the wake of the spill yet were required to pay sanitation fees for that disposal to the City of Charleston and other Public Service Districts. It seeks for WVAWC to pay for those fees instead of the individuals.

Masters and Berthold's three potential class actions filed last month were on behalf of a dental office; a host of plaintiffs including restaurants, dry cleaners, fitness companies and hair stylists; and individuals who came in contact with the contaminated water.

The dental office -- Falbo & Monday -- filed its case Jan. 21 on behalf of approximately 200 dentists and dental service providers “whose offices and facilities were supplied water by West Virginia American Water Company” that was treated at its Elk River intake facility.

“At the time plaintiffs ingested the water, they did not know that the water was contaminated with dangerous chemicals,” their complaint states. It also states that Ord is pregnant, and mentions subsequent warnings that pregnant women should not drink the water. Cambree Vance is the 2-year-old daughter of Sherri Vance.

They seek compensatory damages for physical injury, medical bills, cost and expense of replacing the water and the waste of water, the cost of sewer, emotional distress, humiliation, embarrassment, fear, loss of enjoyment of life, loss of income past and present, medical monitoring, annoyance and inconvenience, expenses for replacing water supply and other related living expenses as well as other damages. They also seek punitive damages, pre- and post-judgment interest, equitable and injunctive relief.

WVAWC is represented by Al Emch of Jackson Kelly PLLC.