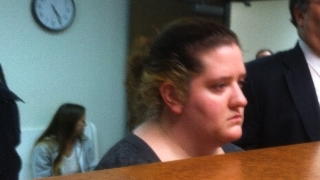 CHARLESTON - A parent is suing the Kanawha County Board of Education after she claims it was responsible for a teacher sexually harassing, assaulting and abusing her son.

The teacher, Michelle Elaine Ball, was also named as a defendant in the suit.

J.E. was a student at Capital High School and beginning in January 2013, J.E. began to remain in the classroom of Michelle Elaine Ball beyond regularly scheduled class hours and at the invitation of Ball, according to a complaint filed May 1 in Kanawha Circuit Court.

Anita E., J.E.'s mother, claims Ball began to initiate physical contact with J.E. and between January 2013 and June 2013, she made increasingly forceful physical and sexual advances toward J.E.

Between June 2013 and September 2013, Ball provided marijuana and alcohol to J.E. and on at least one occasion, Ball invited J.E. to her home, at which time she and J.E. showered together and she instructed him to touch her in a sexual manner, according to the suit.

Anita E. claims at some time in July 2013, Ball took J.E. to the Knight's Inn Hotel, where she rented a room, undressed him and instructed him to lie in bed with her.

At some time between June 2013 and September 2013, other teachers at Capital High School witnessed J.E. and Ball in settings outside of school, including in Ball's car and at the movies, and brought this information to the attention of the Kanawha County Board of Education, according to the suit.

Anita E. claims in response to these reports, the school board spoke with J.E. about his interactions with Ball, but failed to inform Anita E. about the reported sightings or the nature of the investigation.

Under the threat and demand of Ball, including claims she would commit suicide if J.E. revealed the true nature of her behavior, J.E. provided limited and untruthful responses to questions about Ball's actions toward him, according to the suit.

Anita E. claims the school board concluded the investigation and took no further actions to investigate Ball's actions.

On Sept. 26, J.E. informed his guidance counselor of Ball's inappropriate actions and on Oct. 29, Ball was arrested for sexual harassment, assault and abuse, according to the suit.

Anita E. claims Ball used her employment with the school board to coerce, manipulate, seduce, threaten and force J.E. to engage in an inappropriate friendship and/or romantic relationship with her.

The school board was negligent in failing to provide a safe and secure school environment, according to the suit.

She is being represented by James G. Bordas III and Laura P. Pollard of Bordas & Bordas; and Brooks West of West Law Firm.

The case has been assigned to Circuit Judge James C. Stucky.