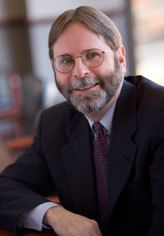 In November, in U-Haul v. Zakaib, the state Supreme Court rejected U-Haul’s arguments that a rental contract addendum with an arbitration clause was incorporated by reference into a rental contract, and as a result, plaintiffs should be required to arbitrate their disputes.

Paul Bland, executive director of Public Justice – a public interest law firm in Washington, D.C., with attorneys from prominent plaintiffs firms on its executive committee – explained that the law clearly states that corporations can enforce mandatory arbitration clauses unless one of two things happens – there is an extreme unfairness or people didn’t actually agree to arbitration.

“The U-Haul case is a pretty classic one where people didn’t actually agree,” he said.

“The reference to the Addendum is quite general with no detail provided to ensure that U-Haul’s customers were aware of the Addendum and its terms, including its inclusion of an arbitration agreement,” the court held in its opinion.

“The lack of detailed description is compounded by the fact that the Addendum itself was designed to look more like a document folder advertising U-Haul products, services and drop-off procedures, rather than a legally binding contractual agreement.

“Finally, and most troubling to this Court, is the fact that U-Haul’s practice was to provide customers a copy of the Addendum only after the Rental Agreement had been executed.”

U-Haul has appealed the decision to the U.S. Supreme Court.

Anthony Majestro, the managing partner at Powell & Majestro in Charleston, represented the plaintiffs in the case. He said the West Virginia Supreme Court has enforced a number of arbitration agreements since Marmet Health Care Center v. Brown – the case in which the U.S. Supreme Court reversed the West Virginia Supreme Court’s ruling that pre-dispute arbitration agreements that apply to personal injury or wrongful death claims against nursing homes were unenforceable. This includes those agreements at issue in New v. GameStop, Toney v. EQT and Ocwen Loan Serv. v. Webster.

Like Bland, Majestro pointed out that the West Virginia Supreme Court made an exception in the U-Haul case when it decided that parties never entered into an arbitration agreement.

Jay Arceneaux, a commercial litigation attorney with Lewis Glasser Casey & Rollins in Charleston, argued that the U-Haul case was less about arbitration and more about contracts. He said the West Virginia Supreme Court answered the basic question of whether a contract existed.

“Tony [Majestro] came up with a great argument to say, ‘Hey, the contract I signed had nothing about arbitration,’” Arceneaux said. “This is just basic contract law. What’s in the contract? Was there a contract to arbitrate or was there not?”

Arceneaux added that Majestro showed the state Supreme Court that his clients were unaware of the arbitration agreement at the time they signed the rental contract.

Arceneaux argued that the U-Haul case may introduce a logistical issue for companies. He said they often include multiple documents in a transaction, and until they apply the ruling to those transactions, they run the risk of litigation.

“We’ve always looked at that issue first,” he said. “I’m pleased the court has recognized that it is an important component in whether or not arbitration is appropriate.”

Bland said he wasn’t surprised by the outcome in the U-Haul case. He pointed out that other courts around the country have ruled that they wouldn’t enforce arbitration agreements where parties didn’t actually agree to arbitration.

He added that larger, sophisticated companies will not be affected by the outcome, since they typically require customers to sign, or electronically click, every part of their agreements. He said smaller businesses like nursing homes and debt settlement firms may be forced to restructure their agreements.

However, Bland said, this area of law could still change if the U.S. Supreme Court takes the U-Haul case and overturns the West Virginia Supreme Court’s decision.

“If the U.S. Supreme Court says, ‘Oh no, if these people had immediately read through everything, they would’ve discovered the arbitration agreement,’ that will make it easier for companies to force people into arbitration even when they didn’t actually agree,” he said. “The standards for what constitutes consent and agreement are going to really degrade.”