Woman says she was victim of sexual harassment at Shoney's 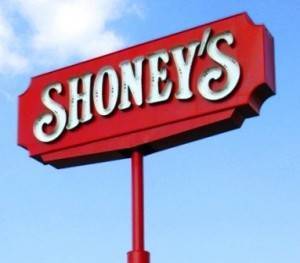 CHARLESTON – A woman says she lost her job after her manager allegedly repeatedly sexually harassed her.

In her complaint, Kenner alleges she began working for Shoney's on May 16 at pay of $8 per hour. However, Keefer later raised her pay to $8.50 per hour because "she was smart," the suit states. He also asked her if she would be interested in training in other areas of the restaurant, the complaint says. Kenner expressed her interest.

On May 18, Trish Keefer, who is Paul Keefer's wife, called Kenner into the office to ask if she would be interested in a management position. Kenner accepted the position for pay of $11.50 per hour, she alleges.

When Kenner accepted the position, Paul Keefer began calling her "love," "sweetie," and "babe" in text and Facebook messages he sent her, according to the complaint. He also told her he wanted to train her to be his helper and keep her around because he has "good eyes," the suit states.

He made various other comments directed at Kenner, then eventually invited her out for iced tea May 22, the complaint says. She declined the offer.

One week later, Kenner and Paul Keefer were left alone to close the restaurant. Kenner alleges she was also learning how to do paperwork and sitting in a chair.

"Defendant Keefer forced himself onto the chair on top of plaintiff, putting his arm behind her so that they were pressed against each other from shoulder to knee," the suit states. "He then reached up and removed plaintiff's hairband and began running his fingers through her hair.

"The following day, defendant Keefer sent plaintiff a Facebook message saying it was nice sharing the chair, apologizing for letting down and playing with her hair, and stating he could not resist."

Still another time, Kenner was left alone closing with Paul Keefer when she found him taking her in his arms and hugging her from behind, the complaint says. Kenner alleges she pulled away and began to leave work early following the incident.

Undeterred, Paul Keefer continued to make small gestures toward Kenner, such as grabbing her hand while she was walking by him, according to the complaint. He also sent her a text message following a tubal litigation, saying "we should test out your surgery to be sure it worked," the suit states.

Kenner was uncomfortable reporting the sexual harassment because she was concerned Paul Keefer's wife would see her allegations, the complaint says. However, she finally logged the issues in a book, then met to discuss them on July 16, she alleges.

Following the meeting, Kenner was demoted and offered a position working the buffet for $8.50 per hour, according to the complaint. She declined the offer, turned in her keys and left, the suit states.

In her complaint, Kenner alleges sex discrimination, civil assault and battery and hostile work environment. She also says the defendants engaged in an intentional infliction of emotional distress.

She seeks a permanent injunction against the defendants ordering them to establish on-going training programs for their employees regarding sexual harassment and discrimination, plus back and front pay, compensatory damages, out-of-pocket losses, punitive damages, pre- and post-judgment interest, litigation costs and other relief the court deems just.

Matthew S. Criswell and Mark L. French of Criswell French in Charleston will represent her.

Circuit Judge Duke Bloom has been assigned to the case.