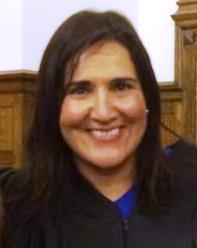 CHARLESTON - Attorneys at McHugh Fuller returned to Charleston on Friday for the first time since news broke that the law firm had donated more than 10 times the amount of money in 2012 that it had previously donated.

Attorneys Michael J. Fuller and Lance Reins appeared before Kanawha Circuit Judge Joanna Tabit regarding a motion to compel in a lawsuit against Manor Care Inc. and other nursing home companies as to Heartland of Beckley.

The defendants' attorneys – including Mark A. Robinson and Robert M. Anspach – argued McHugh Fuller had a witness list of between 140 and 150 witnesses on it and that the law office had not made a good faith effort in information the defendants on who they planned to call as witnesses at the projected two-week trial that is set to begin on Feb. 23.

Reins argued that the list of witnesses was a good faith effort, as it is 2.5 years of nurses, nursing home employees and physicians, but that the law office would make an effort to get a smaller list to the defendants of specifically who they would call as witnesses at the trial.

The defendants also argued that the plaintiffs' exhibits list has 86 exhibits, but that they have not disclosed all of the exhibits to the defendants.

"On Mr. Fuller's list, after most of the exhibits it says, 'we have,' well we don't have them. We are requesting that we get them," Anspach said.

Anspach also requested the chance for a second one-hour deposition of Dr. Loren Lipson, who is an expert witness for the plaintiffs.

Anspach argued that Lipson, who he claims has been an expert witness on every West Virginia nursing home case filed by McHugh Fuller that he has been involved with, makes his living from being an expert witness and that his financials do not add up.

Reins called the request for a second deposition a red herring.

"I don't know if we need all of his financials," Tabit said. "But I'm inclined to give you another hour to depose him."

In a previous deposition of Lipson by Anspach in a separate case, Anspach questioned Lipson regarding his financials and two lawsuits Lipson had filed against the Internal Revenue Service.

In the previous deposition that occurred on Aug. 22, during questioning, James B. McHugh, who was participating in the deposition via telephone, called Anspach an "obvious, disgusting slime bucket" for questioning Lipson about his financials and the IRS lawsuits.

Tabit ordered that all parties exchange lists of exhibits and witnesses two weeks before trial, and that Anspach be allowed to perform a second one-hour deposition of Lipson.

The lawsuit involves the alleged abuse of a 93-year-old woman, Lillian Harvey, who was a resident of Heartland of Beckley for 2.5 years.

Last month, ABC News reported on an investigation it had conducted into McHugh Fuller and a plane it purchased from Charleston attorney Scott Segal, who is the husband of West Virginia Supreme Court Justice Robin Jean Davis.

The report, titled "Lear Jet Justice in West Virginia? A 'Circus Masquerading as a Court'," revealed Segal sold the plane to Fuller for just over $1 million and that Fuller then helped raise thousands of dollars for Davis' 2012 re-election campaign.

Fuller encouraged attorneys, family and friends to make donations to West Virginia candidates in the 2012 election.

All this occurred while McHugh Fuller had a nursing home abuse case pending before the state Supreme Court.

In June, Davis authored the majority opinion, upholding a jury verdict in favor of Fuller's client, Tom Douglas. She did, however, cut the punitive damages award from $80 million to nearly $32 million.