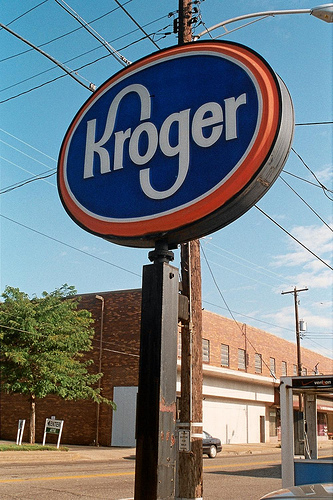 CHARLESTON – A Belle man is suing Kroger after he claims it violated the Family Medical Leave Act.

KGRP Inc. is doing business as Kroger Limited Partnership I.

On March 20, 2011, Lonzo Smith obtained employment with Kroger as a member of the night stock crew and over the next several years, he met or exceeded Kroger's performance standards and worked his way up to the position of dairy manager, earning $15.75 per hour, according to a complaint filed April 6 in Kanawha Circuit Court.

Smith claims in 2014, he transferred from the Quincy store to the South Charleston store and informed the defendant's management that his wife was pregnant, that her pregnancy was complicated and that he would require leave from work to care for his wife and expected child during her pregnancy.

When Smith made his request for leave, the defendant did not provide him with any documentation as required by FMLA, according to the suit.

Smith claims at various times in July, he took time off work to allow him to attend his wife's prenatal visits and care for her during her pregnancy and the defendant failed to provide him any notice concerning his eligibility and/or rights to receive leave under FMLA.

On Oct. 6, the defendant terminated Smith's employment because it claimed he had not properly clocked out when taking breaks between Sept. 1 and Oct. 4, according to the suit.

Smith claims he was not provided with any warning that he had violated company policy before his employment was terminated.

The defendant's termination was an interference with rights under FMLA and caused Smith damages, according to the suit.

Smith claims he was retaliated against for requesting time off when he qualified and was eligible for FMLA leave.

The defendant's actions were negligent and caused Smith infliction of emotional distress, according to the suit.

Smith is seeking compensatory and punitive damages with pre- and post-judgment interest. He is being represented by Hoyt Glazer, Ben Sheridan and Mitchell L. Klein of Klein, Sheridan & Glazer LC.