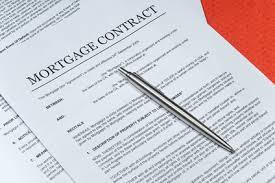 CLARKSBURG – A man is suing Ocwen Loan Servicing after he claims it violated West Virginia code during the course of servicing his mortgage loan.

U.S. Bank National Association was also named as a defendant in the suit.

In 2001, Denny Doctor responded to a solicitation from Lincoln Real Estate to purchase a home and Lincoln Real Estate arranged the financing, according to a complaint initially filed in 2014 in Harrison Circuit Court and removed to federal court April 28.

Doctor claims on Nov. 30, 2001, WMC originated the loan for the home purchase for $40,200 and he and his co-borrower, his girlfriend, executed a deed of trust securing a mortgage for the principal sum of $38,190 with an adjustable interest rate of 10.5 percent.

In January 2012, WMC assigned the loan to Ocwen and in March 2012, Doctor and his then girlfriend ended their relationship and she no longer resided in the property or contributed income toward the mortgage payments, according to the suit.

Doctor claims in October 2012, he began to struggle to make the mortgage payments on his own and in April 2013, he reached out to Ocwen for loss mitigation assistance.

Ocwen instructed Doctor to discontinue making payments and for him to submit an application for loss mitigation assistance via facsimile, according to the suit.

Doctor claims despite its representations and invitations to seek help, Ocwen refused to consider him for any loss mitigation options and referred his home for foreclosure in May 2013.

The sale of the home was then postponed when Ocwen decided to review Doctor's request for help, however, once again, it referred his home for foreclosure in June 2013, according to the suit.

Doctor claims the sale was again postponed after he contacted the foreclosure attorney.

In December 2013, Doctor submitted another loan modification application  and the defendants insisted it needed documents from Doctor's ex-girlfriend, even though she was no longer living in the home or contributing to the household finances, according to the suit.

Doctor claims it denied him for loan modification, claiming that it would not provide one unless his ex-girlfriend executed a quitclaim deed and foreclosure proceedings were began again in April 2014.

The defendants made fraudulent, deceptive or misleading representations in the course of servicing Doctor's mortgage loan in violation of West Virginia code, according to the suit.

Doctor claims the defendants engaged in unconscionable means in the course of servicing his mortgage loan, also in violation of West Virginia code.

Doctor is seeking compensatory damages. He is being represented by Michael C. Nissim-Sabat and Sara Bird of Mountain State Justice Inc.

The case is assigned to District Judge Irene Keeley.