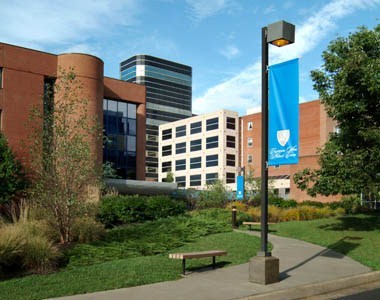 CHARLESTON – A man is suing a physician he claims is responsible for his family member's death.

On July 15, Gary Salisbury presented to the emergency department at Summersville Regional Medical Center with complaints of fever, cough, shortness of breath and chest pain, according to a complaint filed in Kanawha Circuit Court.

The next day, Gary Salisbury was transferred to Charleston Area Medical Center for further evaluation of the air leak and possible thoractomy. Gary Salisbury was admitted to the care of Dr. Geoffrey Cousins, according to the suit.

On July 17, Cousins ordered the removal of the chest tube, but failed to investigate for potential recurrent pneumothorax, according to the suit, and shortly thereafter, his blood pressure was recorded as high and his heart rate and oxygen saturation were low.

Jeffery Salisbury claims less than two hours after Gary Salisbury's chest tube was removed, he was discharged from the hospital, despite the low oxygen saturations and lack of follow-up chest x-ray to ensure there was no recurrent pneumothorax.

On July 18, Gary Salisbury was found dead at his home and his cause of death was determined to be respiratory failure secondary to pneumothorax, according to the suit.

Jeffery Salisbury is seeking compensatory damages. He is being represented by Ben Salango of Preston & Salango PLLC; and J. Kristopher Cormany of Cormany Law PLLC.