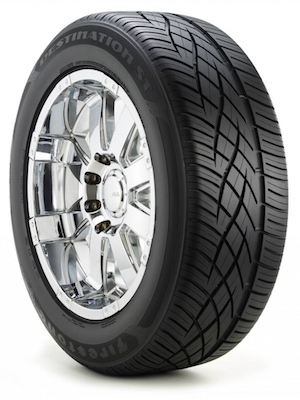 WHEELING—A West Virginia tire wholesaler has filed a suit against a Tennessee-based company over claims that its accounts are past due.

Independent Tire Sales Inc., which is based in Wheeling, filed a lawsuit on Jan. 12 in Ohio Circuit Court against Massengill Tire Company Inc.

The plaintiff alleges that it delivered 1,012 tires on Sept. 9, 2014 and 506 tires on Oct. 27, 2014 to the defendant for a cost of $57,911 and $43,344 respectively. Massengill remitted payment for the invoices with checks; however, the plaintiff alleges they were denied by the bank due to insufficient funds. Independent Tire Sales contacted the defendant and was allegedly promised wire funds for payments. Neither payments were received, the plaintiff claims. Massengill then allegedly promised to pay the full account balance by March 2015 after submitting an initial payment of $5,000. Although Independent Tire Sales has received sporadic payments from Massengill, the balance allegedly remains overdue.

The plaintiff is suing for the amount of $18,755 for the remaining balance, $11,102 for monthly finance charges from Nov. 25, 2014 to the date of filing, post-judgment interest at the rate of 7 percent, costs of collection including court costs and attorney’s fee, and other rewards deemed just by the court. The company is represented by Ronald M. Musser and Gerald E. Lofstead of Spilman Thomas & Battle PLLC in Wheeling. The case is being heard by Judge Ronald Wilson.