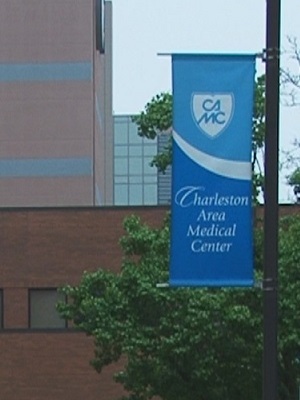 CHARLESTON – A woman is suing Charleston Area Medical Center after she claims the hospital wrongfully discharged her and discriminated against her based on her age.

Tucker claims she has experience and training in the hospital and nursing home industry, is a licensed practical nurse and was employed by the defendant as an LPN full-time at the time of her termination, where her rate of pay was approximately $18.75 per hour.

In July 2014, Tucker called her supervisor to report a narcotic discrepancy regarding one of her patients, which was a patient safety issue and it violated West Virginia hospital and/or nursing standards, according to the suit.

Tucker claims she did not cause the discrepancy and that during her employment, she was subjected to age discrimination and retaliation based upon her complaints regarding violations of nursing and hospital standards and regulations, unreasonably interfering with her and other co-workers’ work performance and created a intimidating, hostile or offensive working environment.

In February 2015, Tucker and another co-worker were harassed in whole or in part due to their age by at least two nurses in their 20s and the harassment was reported to their nursing supervisor and floor manager, who did not take significant action regarding the harassment, according to the suit.

Tucker claims Jennifer Imler terminated her employment and talked to younger employees about the status of Tucker’s employment, which violated company policy.

The plaintiff was discriminated against based on her age and was wrongfully discharged from her employment, according to the suit.

The case is assigned to Circuit Judge Louis Bloom.