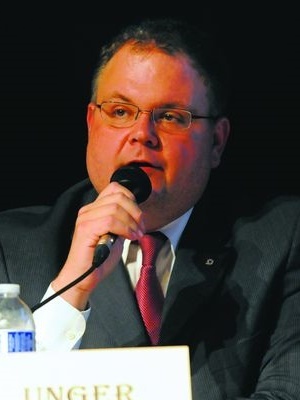 CHARLESTON – A state Senator who had filed a lawsuit to prevent the state Senate from meeting on Sunday has dropped the matter.

Unger, a former Senate majority leader who also is an ordained minister, said he shouldn’t have to choose between his Senate work and his church work. He said Cole had scheduled a vote for the passage of House Bill 4012, also known as the West Virginia Religious Freedom Restoration Act.

Cole, “in his leadership capacity, has refused to honor petitioner’s request to exercise his religious freedom on that date,” the petition states. “Included among its purposes, this legislation provides … to guarantee its application in all cases in which free exercise of religion is alleged to have been substantially burdened by State action.”

“The Majority Leader gave me his word that there will be no floor votes on Sunday,” Unger said in a statement Thursday night.

Unger’s petition quoted the bible, particularly the Book of Genesis.

“After six days, God ceased from all works of creation. In miracles, he has overruled nature, but never changed its settled course, or added to it. God did not rest as one weary, but as one well pleased. Notice the beginning of the kingdom of grace, in the sanctification, or keeping holy, of the Sabbath day. The solemn observing of one day in seven as a day of holy rest and holy work, to God’s honor, is the duty of all to whom God has made known his holy Sabbaths. At this time none of the human race were in being but our first parents. For them the Sabbath was appointed; and clearly for all succeeding generations also. The Christian Sabbath, which we observe, is a seventh day, and in it we celebrate the rest of God the Son, and the finishing the work of our redemption.”

In his petition, Unger said that in addition to his pastoral church duties on Sunday, he also has pastoral care duties that include visiting “the sick, the shut-ins, the elderly, the dying and he administers communion to those unable to attend services and usually those pastoral duties do not end until late evening.”

"I am extremely disappointed by what is clearly a sad attempt at political gamesmanship and obstructionism,” Cole said in a statement Wednesday. “The West Virginia Constitution unambiguously calls for a 60-day legislative session. It makes no exceptions.

“Today’s attention-seeking publicity stunt by Senator Unger is embarrassing, not only for him personally, but for this body as a whole. It shows how little respect Senator Unger truly has for the institution of the West Virginia Senate. When Senator Unger was in the majority party, he had absolutely no problem with working on Sundays.”

Cole said the Senate is “certainly willing to accommodate” Unger’s religious freedom by providing him with leave of absence for any Sunday that he feels he cannot, in good faith, participate in the proceedings of the Senate.

“He is not required to be here on any Sunday, and is more than welcome to serve the parishioners of his three churches,” Cole said in the statement. “However, it is not a reasonable accommodation to force the entire Legislature to shut down for the interests of one member.”

Cole said the petition has “absolutely no merit.”

“We will continue to work whether Senator Unger chooses to be here to do his sworn duty or not,” Cole said. “I leave it to Senator Unger to decide whether it is appropriate for him to accept pay from the taxpayers for days that he is not actually willing to work."

The 60-day regular legislative session ends two weeks from Saturday, and weekend sessions have been scheduled in both the Senate and House of Delegates.

The state Republican Party issued a statement critical of Unger as well, listing several times Unger worked as a lawmaker on Sundays when Democrats controlled the Legislature.

"It's clearly just another stalling and delaying tactic from Obama's Party of Failure to try to delay our state Senate from keeping the promises we made to this state before the last election," state GOP Chairman Conrad Lucas said. "Senator Unger has never before had any concern about accepting a paycheck from this State and its citizens for work on a Sunday or any other day.

“Now, faced with a Legislature making conservative changes to fix eight decades of his party's failures, Unger is trying to close the entire senate and abandon his constituents in the eastern Panhandle. Republicans will make sure that the people get every effort from our conservative team for 60 days and beyond."