Drawing a line in the sand 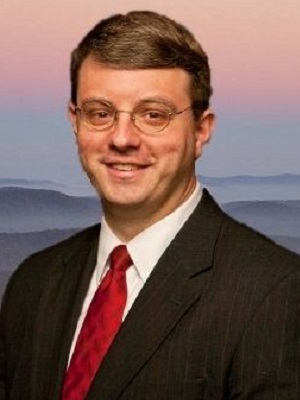 CHARLESTON – The West Virginia House of Delegates sent a unanimous message last week to the U.S. Environmental Protection Agency: stay out of our homes.

But there’s one thing your Legislature can find virtual unanimous agreement on: we will not sit back and let overzealous federal bureaucrats run roughshod over our state.

We’ve all seen the damage the EPA and President Barack Obama have wrought upon economy with the War on Coal.

But federal regulators apparently haven’t been satisfied with wrecking only our coal industry. They’ve reached down into regulating even our smallest ponds and streams with their overreaching Waters of the United States rule.

Now they want to go beyond coal mines and waterways, and reach inside our homes.

Under this proposal, our Department of Environmental Protection would have been the state agency tasked with implementing these guidelines on a local level. A bill containing the state rules for this and other matters (House Bill 4053) came before the Legislature last week.

However, when your state lawmakers took a look at this rule and how far it would have reached, we decided it was a bridge too far.

Under this rule, the EPA actually proposed the state regulate the wood stoves and forced air furnaces that are common in so many West Virginia homes. Not only that, but the rule carried bureaucratic micromanagement to a new level by setting standards for water content in seasoned firewood and forbidding the burning of numerous substances, including such things as grass cuttings, in stoves.

Fortunately the House passed an amendment to strip this portion out of the DEP’s rules bill.

Had the wood-related portion of this rule been adopted, the DEP would have had the primary responsibility for enforcing this rule in thousands of homes across West Virginia, wasting state tax dollars and sapping resources that could be used for legitimate pollution enforcement elsewhere.

By rejecting this portion of the rule, the House sent a signal to Washington that if they wish to make such foolish regulations, they will have to enforce them on their own and send EPA officials to do so.

Adoption of this amendment draws a line in the sand.

West Virginia retains primary enforcement over our industrial air quality program, but will not cooperate in the folly of intruding so deeply into our citizens’ lives.

This amendment serves notice that West Virginia will abide by common-sense environmental regulations that serve to protect the health and welfare of our citizens and the majesty of our land, but not follow the dictates of President Obama’s power-mad EPA, which seeks to push federal regulatory power into every West Virginia family’s living room.

Hanshaw is an attorney and member of the House Judiciary Committee. A Republican, he represents the 33rd District, which includes portions of Gilmer and Clay counties and all of Calhoun County.