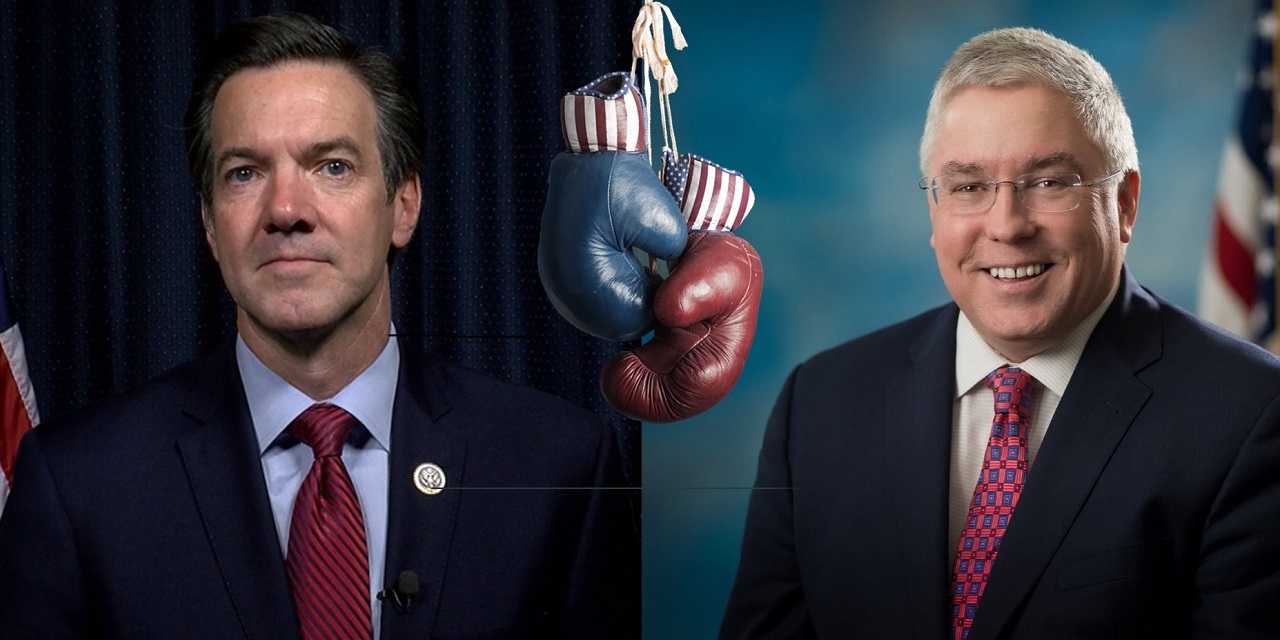 CHARLESTON – U.S. Senate candidate Evan Jenkins has signed a pledge to refuse campaign donations from “pharmaceutical companies and their lobbyists,” and he’s asking his fellow candidates to sign it as well.

Jenkins signed the pledge at a news conference Oct. 30 in Kermit. Jenkins’ campaign said it chose Kermit because it is “one of the many West Virginia communities ravaged by the opioid crisis.” The Mingo County community recently was featured on CBS News’ “60 Minutes” in a story about the state's opioid crisis.

“No,” Morrisey said in an interview with WOWK-TV when asked about signing the pledge. “Look, I think this is a stunt by Evan Jenkins.”

“Just as he did as a pain pill lobbyist in Washington, Patrick Morrisey has sold out West Virginia families for opioid industry money,” Jenkins said. “I signed the People Over Pills Pledge because too many of my fellow West Virginians have borne the consequences of Big Pharma’s opioid greed.

“Sadly, it’s not surprising that a longtime opioid profiteer like Morrisey is effectively signing a ‘Pill Profits Over People’ pledge. Now that we know where Morrisey stands, I look forward to Senator Manchin’s response

Manchin’s campaign has not returned numerous messages from The West Virginia Record seeking comment, but Morrisey’s did.

In news stories about his signing of the pledge, Jenkins promised to search his campaign account for any pharmaceutical contributions.

“If anybody can find any, I will make a contribution to charity, or give it back,” he said.

Morrisey’s campaign spokeswoman said “that shouldn’t be too difficult.”

“Over the years, Jenkins has taken thousands of dollars in contributions from pharmaceutical companies and lobbyists and lawyers who represent pharmaceutical companies,” Soloveichik said, including a list of contributions that includes Mylan, Novartis, Express Scripts and Alkermes, among others. “Jenkins faux concern about the opioid crisis is all the more laughable, considering Jenkins supported S. 483, also known as the ‘Marino bill,’ which has been blamed for exacerbating the opioid crisis.

“In contrast, Attorney General Morrisey and his office have launched an aggressive campaign against substance abuse up and down the pharmaceutical supply chain – from manufacturers to wholesalers, to pharmacies, to doctors.”

Soloveichik said it’s clear that “Jenkins’ campaign is imploding, and he is desperately trying to cover his tracks.”

“It’s understand the Jenkins would resort to political games since he doesn’t want to talk about his liberal record of supporting Hillary Clinton, fueling the opioid crisis, and supporting taxpayer funds for Planned Parenthood,” she told The Record. “Patrick Morrisey is busy fighting for West Virginia conservative values, and that is what he will continue to do.”

“It’s downright comical to watch Patrick Morrisey try to squirm his way out of an undeniable reality — he became a multi-millionaire lobbying in D.C. for Big Pharma, used those millions to fund his past campaigns, and continues to be bankrolled by opioid lobbyists," Seré told The Record. "And his refusal this week to sign Evan's 'People Over Pills' Pledge shows just how deep in their pocket he is."

In addition to Morrisey and Jenkins, former coal miner Bo Copley has announced plans to run as Republicans for the Senate seat currently occupied by Manchin for the 2018 election. Manchin will face primary competition from environmental activist Paula Jean Swearengin, who already has been endorsed by the Brand New Congress political action committee formed by former staff members and supporters of Bernie Sanders. Former Massey Energy CEO Don Blankenship also has hinted as running as a Republican or an Independent.