Morrisey, 26 other AGs come to support of mining company 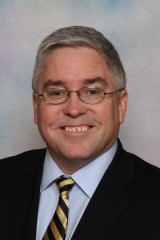 WASHINGTON – The owner of a Logan County mine has received support from the attorneys general of 27 states, including state AG Patrick Morrisey.

West Virginia is the lead author on an amicus brief that asks the U.S. Supreme Court to hear the appeal of Mingo Logan Coal Company, which is fighting the federal Environmental Protection Agency over its decision to rescind parts of a Clean Water Act permit issued to the company.

“At its essence, this lawsuit is about jobs in West Virginia and elsewhere,” Morrisey said.

“The EPA unlawfully vetoed permits issued by the Army Corps of Engineers nearly four years after they were granted, putting hundreds of jobs on the line. But this case is about more than coal mining.

It’s about the ability of states such as West Virginia to be able to engage and promote economic development, highway construction, and other needed investments without fearing a federal agency will step in years later and halt the project.”

Mingo Logan Coal is appealing a decision by the U.S. Court of Appeals for the D.C. Circuit that said the EPA could withdraw portions of a CWA permit, preventing the company from using certain streams to discharge fill material at the Spruce No. 1 coal mine.

In June, the company hired former U.S. Solicitor General Paul Clement and asked for a rehearing en banc. The order denying it says no member of the court requested a vote on the matter.

The decision to withdraw the specification of discharge sites after a permit was issued is unprecedented in the history of the Clean Water Act, U.S. District Judge Amy Berman Jackson wrote in March 2012.

“But again, (the Clean Water Act’s) language is plain with regard to its enumerated ‘unacceptable adverse effects’: the Administrator retains authority to withdraw a specified disposal site ‘whenever’ he determines such effects will result from discharges at the sites,” Henderson wrote.

“And when he withdraws a disposal site specification, as he did here, the disposal site’s ‘terms and conditions specified’ in the permit… are in effect amended so that discharges at the previously specified disposal sites are no longer in ‘(c)ompliance with’ the permit – although the permit itself remains otherwise in effect to the extent it is usable.”

A footnote mentions that EPA “has made clear” that a permittee will not be penalized for discharges made under a permit before the effective date of the withdrawal of any of its terms.

The permit was issued on Jan. 22, 2007, by the Army Corps of Engineers. It authorized Mingo Logan to discharge fill material from its Spruce No. 1 coal mine into nearby streams, including the Pigeonroost and Oldhouse branches and their tributaries.

Nearly three years later, the EPA published a final determination on the permit that withdrew those two streams as disposal sites.

Mingo Logan argued the attempt to modify the permit was unlawful. Jackson agreed in March 2012 and ruled in favor of Mingo Logan before being overruled by the D.C. Circuit.

On June 7, Mingo Logan filed its petition for the rehearing.

“The authority asserted by the Environmental Protection agency in this case is as audacious as it is unprecedented,” the petition says.

“EPA claims nothing less than a unilateral power to nullify, at any time, a Clean Water Act permit issued years ago by a different agency, even though the permitting agency has found that EPA’s concerns present no new information and were addressed in the permit when it was issued.

“EPA’s sweeping interpretation of its limited power over ‘specifications’ under section 404(c) of the CWA is not just breathtaking. It is also – as the District Court correctly concluded – wrong.”

The EPA argued in a response that the decision should stand.

“Congress struck a balance in Section 404 of the Clean Water Act between the respective authorities of the Corps and EPA, and the two agencies’ shared interpretation of Section 404(c) maintains that balance after a permit issues,” the EPA wrote.

“The plain language of the statute compels that interpretation, as the panel held, but even if that language were ambiguous, EPA’s longstanding interpretation would still be reasonable and permissible. Mingo Logan’s old and new arguments to the contrary are unpersuasive.”

He represented the 26 states that challenged the Patient Protection and Affordable Care Act, or “Obamacare,” and Republican members of the House of Representatives defending the Defense of Marriage Act.