Settlement reached in lawsuit against Thomas Memorial for woman's death 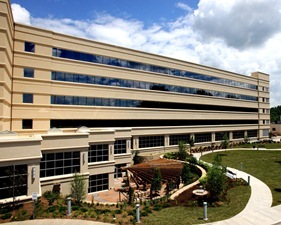 CHARLESTON - An order approving the settlement and distribution of funds in a lawsuit against Herbert J. Thomas Memorial Hospital Association has been filed.

On May 9, the order approving settlement and distribution was filed in Kanawha Circuit Court.

DuVall negotiated a final settlement of the claims with the defendant, the terms of which are confidential, according to the order.

"Petitioner believes the settlement to be a fair and reasonable settlement and in the best interests of the Estate of Beatrice Fitzgerald and the beneficiaries of said Estate," the order states.

The beneficiaries have reached the following agreement as to how the net proceeds of the settlement will be divided: $10,000 to William Fitzgerald; $10,000 to Jerry Fitzgerald; and the remainder divided equally between Beatrice Fitzgerald's three daughters. Campbell waved any right to participate in the distribution.

On Jan. 7, 2011, Beatrice Fitzgerald fell at her home and was transported to the defendant’s emergency room, where she was diagnosed with a right hip and right arm fracture, according to a complaint filed Nov. 8, 2011, in Kanawha Circuit Court.

Nancy DuVall claimed throughout the night her mother was given Morphine IVP and that the medical record said to give her 4mg, but at 11:22 p.m., the nurse only gave her 2mg because Beatrice Fitzgerald told her the pain was almost gone.

At 2:56 a.m. on Jan. 8, 2011, a nurse noted that Beatrice Fitzgerald was resting quietly with no complaints. Despite no complaints of pain, the nurse administered 20mg of Morphine IVP at 3:27 a.m., according to the suit.

DuVall claimed while en route to the emergency room, Beatrice Fitzgerald suffered respiratory arrest and coded, so she was given 0.4mg of Narcan IVP twice and became somewhat responsive.

Following the morphine overdose and subsequent cardiac arrest, Beatrice Fitzgerald’s respiratory, renal and cardiac functions began to decline, according to the suit.

DuVall claimed after discharge from the hospital, Beatrice Fitzgerald had to live in a nursing home, was in and out of the hospital, and then in a hospice care center until she died on March 11, 2011.

The defendant deviated from the normal standard of care and negligently cared for Beatrice Fitzgerald while she was at the hospital, according to the suit.

The case was assigned to Circuit Judge Carrie Webster.