Davis will be chief justice in 2014 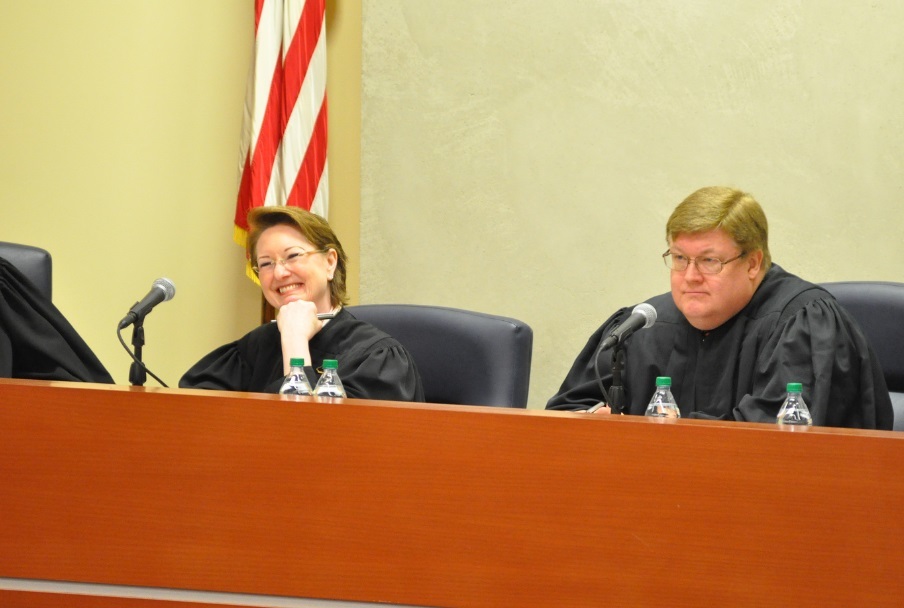 CHARLESTON – Justice Robin Davis will serve her sixth term as chief justice of the state Supreme Court in 2014.

Davis, who was appointed to the court in 1996 and has since been re-elected twice, will be the first person to serve as chief justice six times since the 1974 Judicial Reorganization Amendment unified the state court system into a single entity supervised by the Supreme Court, according to a Dec. 30 press release.

Brent Benjamin, the chief justice in 2013, motioned for Davis to succeed him at a fall administrative conference. Their colleagues approved unanimously.

She was engaged in the private practice of law from 1982-1996 at the six-person law firm of Segal and Davis, L.C. She concentrated in the field of employee benefits and domestic relations.

In 1993, she became the first lawyer in West Virginia to be inducted into the American Academy of Matrimonial Lawyers. In 1991, the Supreme Court of Appeals appointed her to the seven-person West Virginia Board of Law Examiners, on which she served until her election.

Davis is the Supreme Court’s designee to the Judiciary’s Initiative on Truancy.

When she was chief justice in 2010, the court approved Revised Rules of Appellate Procedure, which modernize and comprehensively change the appellate process in West Virginia to provide a decision on the merits in every case, and new Rules of Juvenile Procedure.

Davis is the author of several West Virginia Law Review articles. She is the co-author with former Justice Franklin Cleckley and Louis J. Palmer, Jr., of the Litigation Handbook on West Virginia Rules of Civil Procedure.

She is married to Charleston attorney Scott Segal, and they have one son, Oliver.

Want to get notified whenever we write about West Virginia Wesleyan College ?

Sign-up Next time we write about West Virginia Wesleyan College, we'll email you a link to the story. You may edit your settings or unsubscribe at any time.