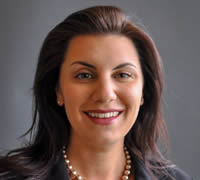 DENVER, Colo. – A law firm based in West Virginia has filed a class action lawsuit  against Genzyme Corporation after a Colorado man claims it distributed and sold impure and untested drugs.

Sometime prior to 2009, Genzyme experienced a contamination of the drug Cerezyme, which the plaintiff was prescribed for Gaucher Disease.

The Cerezyme Stakeholders Working Group and Express Scripts Inc. also were named as defendants in the suit.

"Cerezyme was a miracle drug for Gaucher patients, but Genzyme [allegedly] contaminated it with a dangerous virus, and cut doses to less than a third for many Gaucher patients in response to a shortage Genzyme itself created,” said Rachel Goldfarb, managing attorney of The Bell Law Firm's Colorado office. The firm is based in Charleston.

"Genzyme [allegedly] knew the diluted medication was experimental and dangerous but still decided to give it to certain Gaucher patients, including our client," Goldfarb stated. "Our client was deprived of FDA approved doses and instead injected with a live pathogenic virus, without his informed consent. As a result, he now suffers from an incurable cancer.

Goldfarb said Congress enacted the Food, Drug and Cosmetic Act and the states passed their own pure food and drug laws more than 70 years ago to protect against this type of conduct.

"We are hopeful that a jury will hold Genzyme and its partners responsible for their actions in endangering and forever altering the lives of thousands of patients, including our client's," she said.

Gregory Reich and Lynn Reich claim between July 2009 and September 2011, the defendants forcibly substituted Gregory Reich's intravenous injections of Cerezyme for experimental doses of an untested drug that was intentionally mislabeled, diluted below FDA-approved levels, adulterated with glass, rubber and steel particles and contaminated with a viral pathogen known to be dangerous to humans, according to a complaint filed June 17 in the U.S. District Court for the District of Colorado.

Once placed on treatment for Gaucher Disease, patients are advised to never go off enzyme replacement therapy because the disease is progressive. Gregory Reich was diagnosed more than 21 years ago and has had bi-weekly injections of Cerezyme to help with his disease, according to the suit.

The plaintiffs claim the experimental drug is a medicinal product that has not received approval from governmental regulatory authorities for routine use in human or veterinary medicine.

Sometime prior to July 2009, Genzyme contaminated its bioreactors with vesivirus, which caused reduced output, according to the suit.

The plaintiffs claim due to the viral contamination, Genzyme could not meet customer demand, so it implemented a plan which it designed to ration a drug which was, in the first place, illegal to sell or market because the drug was experimental, mislabeled, impure, filth-contaminated, ineffective, diluted and illegally substituted but marketed as if it were a beneficial treatment for Gaucher Disease, despite never having been previously tested in animals or gravely ill human beings.

Genzyme stated that due to the shortage, Cerezyme patients could go without one or two treatments, according to the suit.

It also alleged that the missed doses would not cause significant health problems because most patients' bodies have been cleansed of the fatty substances, and it takes more than a few skipped treatments for them to return.

The defendants sold the plaintiffs an impure and ineffective drug substitute for which his insurance company paid the defendants on multiple occasions, according to the suit.

The plaintiffs claim on June 19, 2012, Gregory Reich was diagnosed with multiple myeloma.

Due to the defendants' conduct, Gregory Reich was subjected to discrimination based on his medical disability and was intentionally deprived of access to FDA-approved medicine and was instead sold and injected with illegal, dangerous, diluted and impure drug substitutes contaminated with filth and adulterated with particulate matter, according to the suit.

The proposed class in this case are so numerous that joinder of all members of the classes is impractical and administration of the claims is more efficient and will benefit the parties and the court, according to the suit.

The plaintiffs claim the defendants were negligent and breached their warranties with the plaintiffs.

The defendants' motive in creating and operating the fraudulent scheme and RICO enterprises was to fraudulently obtain revenues from marketing illegally substituted, impure and effective medication while representing to the public that the substitute medications were an effective and safe alternate to treat Gaucher Disease and the prevention of sequela, according to the suit.

The plaintiffs are seeking compensatory and punitive damages. The case has been assigned to District Judge Raymond P. Moore.