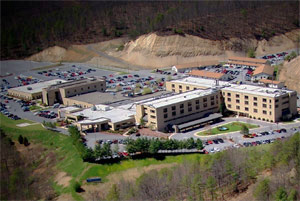 PRINCETON -- A hospital patient is suing, claiming a misdiagnosis and failure to communicate complaints to her doctor resulted in multiple surgeries and a longer healing period.

The lawsuit states Bailey was admitted to Bluefield Regional Medical Center on Jan. 21, 2012, with nausea, vomiting and abdominal pain. She was diagnosed with a recurrent partial small bowel obstruction and treated, which resolved the problem. She also underwent a biopsy out of concern of a malignant growth, the lawsuit states.

Bailey began complaining Jan. 31, 2012, she was having trouble breathing, but those complaints were never submitted to her doctor and she was discharged the following day, the complaint states. She was readmitted on Feb. 5, 2012, with continued pain in her abdomen, radiating to her right shoulder and back, anorexia, low-grade fever and sinus tachycardia and an X-ray showed a large pleural effusion, according to the complaint.

She was only treated with fluids and pain control and her doctor was never notified, the complaint states.

Bailey is seeking damages that cover past and future medical expenses, pain, suffering and inconvenience, anxiety and mental anguish, plus court costs.

She is represented by John Mitchell of John R. Mitchell LC of Charleston.