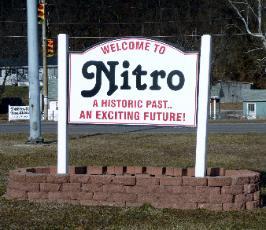 CHARLESTON -- A father is suing a city and three police officers on claims he was beaten in jail and they kidnapped his infant child.

Jared Patrick Tardy, individually and as next friend of A.T., and infant, filed a lawsuit May 23 in the United States District Court for the Southern District of West Virginia at Charleston against the city of Nitro, doing business as Nitro Police Department, and officers D.S. Bays, Jarrell and Nutter, citing excessive force, bad faith, liability, vicarious liability, battery and intentional infliction of emotional distress.

The lawsuit states Tardy was served with a domestic petition June 25, 2012, by Bays. Tardy said something and Bays told him to remain quiet, the lawsuit states. Tardy went into his home, and Bays banged on the door a few minutes later, pushed Tardy’s mother aside, pushed Tardy and arrested him for disturbing the peace, according to the complaint.

Tardy claims he was beaten and verbally belittled by Jarrell while in a holding cell and was admitted to the emergency room at CAMC Teays Valley Hospital after his release, the complaint states. Tardy sustained two fractured ribs and four bruised ribs, according to the complaint.

The Marmet Police Department declined assistance to Nitro police in locating Tardy’s child, who was in Tardy’s full custody, because Nitro police could not provide a court order, the complaint said.

It said Jarrell and Nutter took the child from Tardy on July 8, 2012, claiming they had a court order by Putnam County Magistrate Kylene Brown. The child was placed with her biological mother, who had previously been denied custodial rights by Kanawha County Family Court Judge Sharon Mullins, according to the complaint.

The domestic violence petition against Tardy was denied in a July 10, 2012, hearing and the judge ordered law enforcement to assist in returning the child to Tardy, the lawsuit states. Tardy and sheriff’s deputies found the infant in West Virginia dirty, smelly and wearing the same clothes as when she was taken, the complaint states.

Tardy is represented by Michael T. Clifford of Charleston.

United States District Court for the Southern District of West Virginia at Charleston Court Case No. 2:14-16876