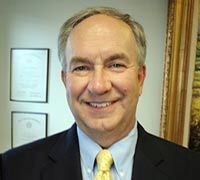 CHARLESTON – A West Virginia jury has awarded $3.27 million to the plaintiff in a multi-district litigation lawsuit against Johnson & Johnson over allegedly defective transvaginal mesh products.

Jo Huskey’s U.S. District Court for the Southern District of West Virginia claim was one of 33,000 transvaginal mesh claims across the country against Johnson & Johnson and its subsidiary, Ethicon.

Huskey claimed the Gynecare TVT Obturator that she was fitted with had a defective design and that Ethicon was negligent in its decision to market and sell the product.

The company also failed to warn doctors and consumers of the risks, according to the jury’s verdict.

Huskey was 52 when she was implanted with the device, which was to treat stress urinary incontinence.

Harry F. Bell, of the Bell Law Firm, said this decision was a pivotal one for the tens of thousands of women affected by the defective mesh products.

“It is a very important day for women who have been implanted with this device and have had so many problems,” said Bell, who worked on the case for the plaintiff. “Obviously, the jury was persuaded by the significant evidence that continues to mount against defendants.”

Bell said the jurors found Johnson & Johnson and Ethicon liable for negligence, failure to warn patients and doctors of the risks associated with the product and faulty design.

Bell said the most recent ruling is in line with the U.S. Food and Drug Administration’s earlier concerns over TVM products.

“This seemingly mirrors some of the concerns raised by the FDA relating to serious complications associated with transvaginal placement of surgical mesh for pelvic organ prolapse,” Bell said. “Sadly, this has adversely affected thousands of women.”

In 2011, the FDA issued a safety warning for physicians and consumers over complications that could arise through the use of mesh devices for treatment of pelvic organ prolapse and stress urinary incontinence.

Bell said Huskey’s case arose from the treatment of stress urinary incontinence with an implanted TVM device from Ethicon, but similar problems are affecting tens of thousands of women who have been implanted with similar devices from various manufacturers.

The Friday verdict is the second consecutive loss for Ethicon in the transvaginal mesh litigation, having been handed a similar ruling from a Dallas jury in April.

In that case, Linda Batiste was awarded $1.1 million over the defective design of her transvaginal obturator.

Bell is also a member of the Executive Committee of the Plaintiffs’ Steering Committee for Ethicon transvaginal mesh multidistrict litigation.

As a member of the Executive Committee of the PSC for the transvaginal mesh multidistrict litigation, Bell and his fellow PSC members oversee 66,000 lawsuits accusing several manufacturers, including Johnson & Johnson and Ethicon, of selling defective TVM devices.

The case is assigned to District Judge Joseph R. Goodwin.