UPDATE: Man behind Morgantown slayings was plaintiff in civil trial this summer; victim was involved in another civil case 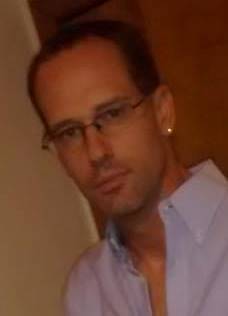 MORGANTOWN – A man apparently responsible for a deadly Monongalia County shooting spree was involved in a civil lawsuit that went to trial earlier this year.

And one of the victims of Monday's murders also was involved in a separate civil case that still is pending.

Hunt, 39, seems to be the person responsible for the shootings that occurred in the Westover and Cheat Lake areas of Morgantown. The victims were identified as Michael David Frum, 28, of Maidsville, Sharon Kay Berkshire, 39, of Westover and Doug Brady. The name of the fourth victim reportedly was Jody Taylor.

Hunt's killing spree apparently was triggered by jealousy that his girlfriend was seeing another man, according to a social media post he made Monday before the crimes occurred.

Last year, Hunt and Ruth Ann Hunt filed a civil lawsuit in Monongalia Circuit Court against Anthony Michael Ballas over a traffic accident in Morgantown. Ruth Ann Hunt’s relationship to Jody Hunt is not clear from the court filings.

In June, a six-member jury ruled in favor of Ballas, saying the evidence did not show he was guilty of negligence. The Hunts were awarded nothing.

In August, the Hunts filed a motion to set aside the verdict and for a new trial. In October, Monongalia Circuit Judge Susan B. Tucker denied that motion.

The Hunts’ motion was based, in part, on the usage of surveillance footage in the trial. Tucker ruled that the footage was relevant and admissible.

Hunt also had a criminal past, according to court documents. He was arrested three times between 1994 and 2001.

In 1994, Hunt was arrested for simple trespassing in Pennsylvania. He was sentenced to probation. In 1999, he was found guilty of kidnapping and abduction in Virginia. He was also charged with use of firearm in commission of a felony.

In 2001, Hunt was charged and found guilty of wanton endangerment with a firearm. He served five years for that crime.

Brady, one of the victims of Monday's murders, filed a lawsuit in 2012 against the City of Westover, claiming it was harassed and assaulted by Mayor Cranston David Johnson.

Doug’s Towing claims the city of Westover and Johnson have passed three city ordinances it feels are directed to harass the towing company.

It said a competitor was operating out of an auto body shop with no signage and no fencing, which is required by the new ordinances, according to the 2012 suit.