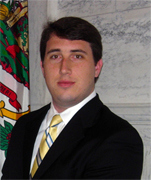 UNION – A Monroe County jury awarded more than $325,000 to a woman who was the subject of financial abuse of the elderly.

We believe the jury sent a message to the public that financial abuse of the elderly will not be tolerated," said John H. Bryan, the attorney for the co-guardians of 98-year-old Isadora Beavers.

Bryan said in this case, the defendant's attorneys attempted to show all the things Betty B. Brown did for Beavers, such as building a relationship with her and helping to clean her house. Brown wasthe senior vice president of the First National Bank of Peterstown.

"This was the face of financial elderly abuse," Bryan said. "It's not like other financial crimes. It's earning the trust of an elderly person over a period of time and manipulating them."

Bryan said within a short time, all of Beavers' property and investments were changed to in Brown's name instead of her own.

"I never bought that she did all of this because, in her own words, she was a good Christian," Bryan said. "This was manipulative."

Bryan said he thinks the jury's verdict will deter others from committing such acts.

"This has been about justice all along," Bryan said. "The jury came up with the $175,000 in punitive damages because they wanted to send a message that this abuse will not be tolerated."

Bryan said all of the money won in the lawsuit will go to Beavers and her medical care.

"I'm very happy with the jury's decision," he said.

The lawsuit was initially filed earlier this year in Monroe Circuit Court by Beaver's co-guardians, John Beavers and Stephen Radis.

The co-guardians claimed on March 17, 2009, Isadora Beavers executed a durable general power of attorney and named Brown as her attorney-in-fact to act on her behalf.

At the time, Isadora Beavers was 93 years old. Brown was an acquaintance who was primarily known to Isadora Beavers because she worked at the First National Bank of Peterstown.

After being named as Isadora Beavers' attorney-in-fact, Brown withdrew a substantial amount of Isadora Beavers' assets from accounts with Celco Federal Credit Union in Narrows, Va., as well as Oppenheimer Funds in Denver. The assets were never deposited into another financial institution and are unaccounted for.