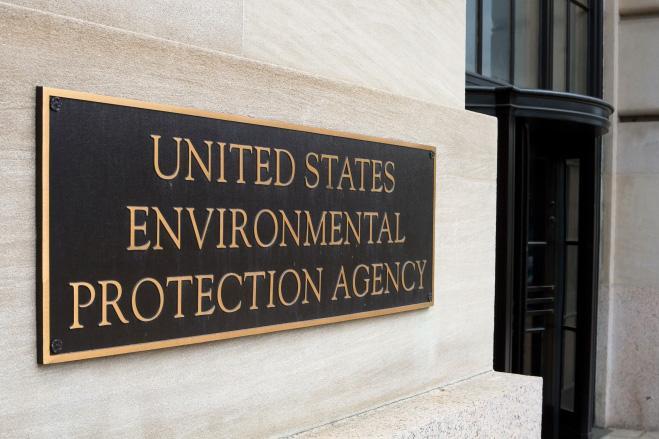 “The Affordable Reliable Energy Now Act enables us to fight back against the assault on coal, and the broader threat to affordable, reliable energy nationwide. I am proud to lead the charge against the Clean Power Plan’s sweeping regulations and look forward to working with my Senate colleagues to move this very important legislation forward.”

New coal-fired units would need to meet a limit of 1,100 pounds of carbon dioxide per megawatt-hour, and would have the option to meet a somewhat tighter limit if they choose to average emissions over multiple years, giving those units additional operational flexibility.

The agency expects to finalize the rules this summer.

However, under ARENA, before the EPA can set a technology-based standard for new power plants, the standard must first be achieved for at least one year at several separate power facilities throughout the country.

The bill also prevents the EPA from using any demonstration projects – projects that are reliant on federal support – from being used to set the standard.

* Holds the EPA accountable: This bill would require EPA to issue state-specific model plans demonstrating how each state could meet the required GHG emissions reductions under the rule;

* Protects highway fund dollars: The bill would prevent the EPA from withholding highway funds from any states for noncompliance with the Clean Power Plan.

ARENA also would require the federal agency to submit to Congress a report describing the quantity of greenhouse gas emissions the Clean Power Plan is expected to reduce, and to conduct modeling to show the impacts of the rule on the climate indicators used to develop the rule.

“I applaud Sen. Capito for introducing legislation that would allow states to better protect middle class families from the ramifications of the Obama Administration’s regressive, and likely illegal, energy regulations,” McConnell said.

“This bill, which further highlights a ‘way out’ for states from these massive new regulations that seem more motivated by ideology than science – regulations that could negatively impact their economy and hurt both the cost and reliability of energy for their citizens – effectively reiterates the message I relayed in a letter to our nation’s governors in March.”

“The agency’s regulations will threaten the stability of our electric grid, low electricity prices, countless jobs in the energy, production and manufacturing sectors, and the American economy. That is simply unacceptable,” he said. “The EPA cannot place unreasonable regulations and unobtainable standards that will undoubtedly strangle energy production.

“This legislation will ensure that the EPA’s regulations are based on demonstrated technology that is commercially available across the United States, which strikes the proper balance between our environment and our economy.”

“This legislation is another critical tool to stop federal overreach that will inflict real harms on the states, their citizens and taxpayers, regardless of whether they live in an energy-producing state like West Virginia or not,” Morrisey said in a statement Wednesday.

“As we have argued in court, and testified to in the U.S. Senate, the EPA is illegally regulating coal-fired power plants and going much further than permitted under the Clean Air Act.”

Morrisey said, if passed, ARENA will prohibit the EPA from implementing its final emissions rules on existing power plants until courts can make a decision on our lawsuit and others.

“States should not be forced to invest in and move forward on the EPA’s edict while those very rules are being argued in court,” he said.

Morrisey is leading a group of 15 states who are suing the federal agency over its “illegal and onerous” regulations.