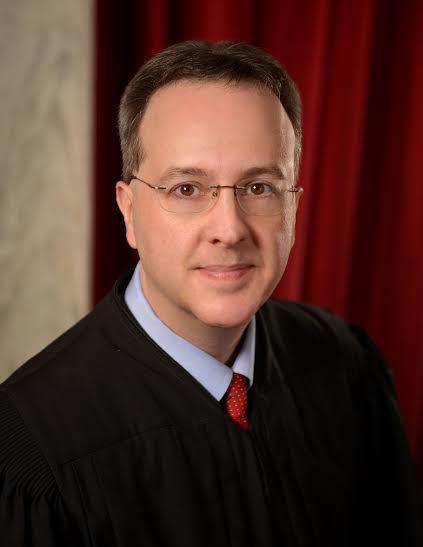 CHARLESTON – A state Supreme Court ruling says juries can decide if residents who have broken the law by obtaining and using prescription painkillers can sue physicians and pharmacies for their addictions.

In a 3-2 ruling issued Wednesday, the court answered certified questions from a judge regarding cases filed in Mingo County. Senior Status Judge John Cummings submitted the questions to the Court in December 201 after former Mingo Circuit Judge Michael Thornsbury was forced to resign on federal corruption charges.

Cummings asked the Supreme Court to decide if the plaintiffs in the cases – who live in Mingo County or adjacent South Williamson, Ky. – had the right to sue the pharmacies and physicians in their cases for allegedly causing or contributing to their addictions to controlled substances even if they have admitted to criminal conduct in obtaining and abusing the drugs.

They claimed their addictions resulted in criminal abuse of the drugs and criminal activity to obtain the drugs.

“Most, if not all, of the respondents admit that their abuse of controlled substances pre-dated their ‘treatment’ at Mountain Medical and even the existence of some of the petitioner pharmacies,” Workman wrote in the majority opinion, adding that the plaintiffs said the pharmacies and physicians worked in concert and were aware of the so-called “pill mill” activities.

“This court finds that our system of comparative negligence offers the most legally sound and well-reasoned approach to dealing with a plaintiff who has engaged in immoral or illegal conduct,” Workman wrote. “We find that in cases where a plaintiff has engaged in allegedly immoral or criminal acts, the jury must consider the nature of those actions, the cause of those actions, and the extent to which such acts contributed to their injuries, for purposes of assessment of comparative fault. …

“Relegating such determinations to our long-standing comparative fault system … leaves to the jury, fully versed on the facts and inter-relationship between the wrongful actors, the decision as to which conduct it, as a society, prefers to discourage. …

“We hold that a plaintiff’s immoral or wrongful conduct does not serve as a common law bar to his or her recovery for injuries or damages incurred as a result of the tortious conduct of another. Unless otherwise provided at law, a plaintiff’s conduct must be assessed in accordance with our principles of comparative fault.”

In his dissent, Ketchum was blunt in his reasoning.

“I strongly disagree with this ruling and believe this court should adopt the wrongful conduct rule to prevent criminals from making a mockery of our judicial system by attempting to profit from their criminal activity.”

He notes that the supreme courts in Michigan and Connecticut – among others – recently have adopted such rules. He also chides the majority opinion for declining to adopt the rule in West Virginia “because it could be difficult for courts to apply.”

“The wrongful conduct rule is straightforward and requires a court to exercise its basic common sense when applying the following: a criminal plaintiff may not maintain a tort action based on injuries sustained as the direct result of his or her knowing, and intentional participation in, a criminal act,” Ketchum wrote. “Further … this court is perfectly capable of reviewing such scenarios and providing clarity on the rule’s application to a particular circumstance.”

“The majority’s decision requires hard-working West Virginians to immerse themselves in the sordid details of the parties’ enterprise in an attempt to determine who is the least culpable – a drug addict or his dealer,” Loughry wrote, noting some courts have applied the wrongful conduct rule to similar drug addiction cases.

“Simply put, the majority has taken a nonsensical and recreant approach to its consideration of the certified question presented by the circuit court,” he wrote. “The end result is the majority’s refusal to lend the force of the judiciary to the incontrovertible public policy that criminal wrongdoers should not waste the time of the judiciary or citizenry to profit from their crimes.

“Instead, the majority hides behind the construct of comparative negligence and pays lip service to the considerable wisdom of the jury and its ability to properly apportion fault in such matters. Ironically, this is the same jury that the majority deems incapable of understanding and properly applying the plainly articulated wrongful conduct rule.”

He says the majority ruling forces citizens do its “dirty work” without regard for the “egregious waste of judicial time and resources, loss of earnings occasioned by citizens’ jury duty.”

“While the majority purports to be impervious to ‘public opinion,’ the unavoidable outrage that will most assuredly follow its decision is well-deserved,” Loughry wrote. “In a state where drug abuse is so prevalent and where its devastating effects are routinely seen in cases brought before this court, it is simply unconscionable to me that the majority would permit admitted criminal drug abusers to manipulate our justice system to obtain monetary damages to further fund their abuse and addiction.”

The plaintiffs in the original Mingo County cases are:

Court documents show that Tug Valley and B&K never were charged with crimes nor sanctioned. But documents show that Strosnider Drug Store in Kermit – a Wayne County town of about 400 residents – filled 7,200 prescriptions for controlled substances during a four-month period in 2008. Another Strosnider location in South Williamson, Ky., sold nearly 3.2 million doses of hydrocodone in 2006.

Wooley, who owned Sav-Rite, admitted to a conspiracy charge and was sentenced to six months in prison. Hoover didn’t face criminal charges, but she moved to the Bahamas and forfeited more than $88,000 seized from bank accounts. Shaffer admitted to negligently prescribing pain pills and was sentenced in federal court to six years in prison and a year on supervised release.

Ryckman, who spent six months in prison and a year on supervised release for conspiring to misuse his DEA registration number, and Teleron were dismissed as defendants.