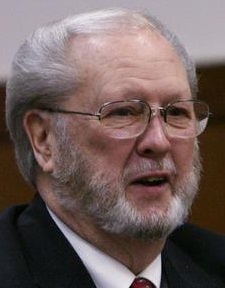 HUNTINGTON – The Social Security Administration is reversing its suspension of benefits for 80 West Virginia residents.

"Families affected by the suspension of benefits worried about how to make ends meet in this tight economy," Jenkins said in his statement. "The Social Security Administration’s decision to reverse this suspension of benefits gives claimants immediate financial piece of mind as we wait for SSA’s announcement of a fair due process review of these claims."

Jenkins said he and Rep. Hal Rogers met with SSA officials the previous day to ask for the suspension to give claimants time to provide evidence to Social Security.

"While it is imperative that waste and fraud not be tolerated, that does not mean benefits should be terminated without due process or evidence of wrongdoing on behalf of claimants," Jenkins said. "I would like to extend special thanks to Rep. Rogers, who has fought tirelessly on this issue, and I will continue to work with him and others to ensure due process is followed."

When the more than 900 Kentucky and West Virginia residents were notified of the suspension, they were only given 10 days to contact Social Security or face losing their benefits for the month. Jenkins sought for more time.

The residents were granted benefits on appeal by former Social Security administrative judge David B. Daugherty.

Nearly 1,500 cases are being reviewed, mostly of which are Kentucky Residents. The SSA claims that all the cases include evidence of fraud involving four doctors, Drs. Bradley Adkins, Srinivas Ammisetty, Frederic Huffnagle and David P. Herr, used by Eric C. Conn and the Conn Law Firm.

The attorneys for the approximately 900 claimants filed a memorandum supporting a temporary injunction on June 2. They argued that the SSA's actions violated the claimants right to due process, stripping their sole sour of income and jeopardizing the area's economy.

"The defendant Social Security Administration has filed a response explaining that it has reversed its decision to suspend benefits to former clients of Eric C. Conn," the June 5 Kentucky court document states. "Because that decision has 'immediate effect,' the benefit payments will resume to Conn’s former clients previously affected by the suspension of benefits."

While the SSA is still re-determining those individuals' benefits, it will not suspend or terminate benefits until an administrative law judge has conducted a hearing and issued a final decision, according to the order.

In his June 5 order, Thapar scheduled a telephone conference for July 2. He asked the parties to discuss and see if any issues remain for resolution by the court before the scheduled conference.

In May, the claimants filed a lawsuit against the SSA, and on June 2, they filed the temporary restraining order, claiming that three people whose benefits were suspended had already committed suicide.

"The severity of the situation is tragically apparent from reports which, at this time remain under investigation, that as many as three recipients of the defendant's letters have committed suicide since having their benefits taken away," the motion stated. "The loss of these lives underscores the stakes of this litigation, and bureaucratic intransigence cannot be elevated above the lives of hundreds of Americans.

The violation of constitutional rights, combined with the disastrous impact on the lives and health of the plaintiffs clearly constitute irreparable injury, which calls for the immediate issuance of a temporary restraining order, according to the motion.

The investigation into the relationship between Conn and Daugherty began in 2011, after an article was published in the Wall Street Journal.

In 2011, amid the scandal, Daugherty was placed on leave while SSA investigated the high number of social security applications he had granted so far during the fiscal year.

Daugherty had said it was simply a coincidence that he happened to approve all of the cases in the first half of the year, claiming that attorneys have been extremely well-prepared and had figured out how to bring forth cases that were hard to deny.

Conn was the attorney on a large number of the cases Daugherty approved.

Daugherty awarded benefits in each of the 729 disability cases he decided in the first six months of 2011's fiscal year. In 2010, Daugherty denied benefits in only four cases out of 1,284.

There are 1,500 administrative law judges who rule on disability cases in which applicants have been denied at least twice by Social Security. Judges award benefits approximately 60 percent of the time, according to government statistics.

Conn and Daugherty have maintained they committed no wrongdoing.