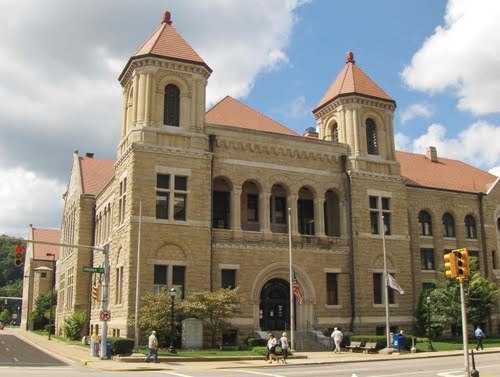 Sept. 7
Marilyn S. Chapman, administratrix of the Estate of Larry Joe Chapman vs. Charleston Area Medical Center, Inc. d/b/a CAMC General Hospital; David Elias Ede, M.D., individually and in his capacity as an employee of Charleston Area Medical Center, Inc.; Rebound, LLC d/b/a HealthSouth Rehabilitation Hospital of Huntington; and Thomas Edward Dannals, M.D., individually and in his capacity as an employee of Rebound, LLC
PA- John R. Mitchell; J- Carrie Webster
* On May 12, 2010, Larry Chapman was transferred to CAMC under Ede’s care for a subcapital fracture of his right hip. Larry Chapman was taken to surgery on the same date for a bipolar hemiarthroplasty. Marilyn Chapman claims a splint was not removed according to the orthopedic surgeon’s plans and orders, which resulted in a huge necrotic ulcer in the posterior aspect of the calf that developed into an infection. Marilyn Chapman is seeking compensatory damages with pre- and post-judgment interest.
Case number: 12-C-1820

Sept. 26
Janie Coffman vs. Inca Aztec Management Corp. d/b/a Capitol Self Storage; and Easy Storage VII Limited Partnership d/b/a Capitol Mini Storage
PA- Michael J. Del Giudice; J- Carrie Webster
* Coffman rented a storage unit from the defendants. She claims on April 6 she discovered her storage unit had been broken into and most of her personal belongings were stolen. When Coffman went to the defendants and requested the video surveillance for the period of time she believed her items had been stolen, she was told the video surveillance was broken. Coffman claims if she had been properly advised that video surveillance was not being provided as advertised, she would have terminated her contract immediately and removed her belongings. Coffman is seeking compensatory damages.
Case number: 12-C-1945

Curtis Hinkle vs. Ein Resources, LLC and Stanric, Inc.
PA- Stephen P. New; J- Louis H. Bloom
* On June 15, 2011, Hinkle was injured during the course of his employment with the defendants and he filed for and received Workers’ Compensation benefits. On Aug. 24, 2011, Hinkle claims he was permanently laid off work. Hinkle is seeking compensatory and punitive damages.
Case number: 12-C-1947

Oct. 1
Terry Beard vs. Walter Energy, Inc. and Maple Coal Co.
PA- Kristina Thomas Whiteaker, David L. Grubb; J- Jennifer Bailey
* In April 2011 Beard was diagnosed with black lung and silicosis and he filed for state occupational pneumoconiosis benefits. He claims he was moved to an outside position after he applied for benefits without requesting to be moved to a different position and he was laid off on March 24. Beard claims on June 28 he applied for employment for a roof bolter and/or scoop operator position, but the defendant hired younger workers with less mining experience for the jobs. Beard is seeking compensatory and punitive damages with pre- and post-judgment interest.
Case number: 12-C-1957

Sheilah Finch vs. Drug Testing Centers of America Charleston Corporation
PA- Todd S. Bailess, Joy B. Mega; J- Carrie Webster
* Finch was employed by the defendant from January 2011 until May 16. She claims the defendant failed to pay her final wages within 72 hours of discharge. Finch is seeking compensatory damages with pre- and post-judgment interest.
Case number: 12-C-1959

Alice Marie Abbott vs. Gabriel Brothers, Inc.
PA- John R. Mitchell; J- Carrie Webster
* On Oct. 1, 2010, Abbott was shopping at the defendant’s store when she stepped on a plastic drink bottle that was under a clothing rack and fell. Abbott is seeking compensatory damages with pre- and post-judgment interest.
Case number: 12-C-1962

Jennie Fernandez vs. FedEx Freight, Inc. d/b/a Federal Express Freight and Tony Lorenzo Ford
PA- Kevin B. Burgess; J- Jennifer Bailey
* On April 18, Fernandez was operating her 2002 Chevrolet Trailblazer traveling south on Interstate 77 near Cabin Creek when Ford, who was operating a 2008 Volvo tractor trailer owned by FedEx, negligently lost control of the vehicle and crashed, which caused the fuel tanks on the vehicle to rupture and blanket both lanes with diesel fuel. Fernandez claims while passing through the diesel fuel, she lost control of her vehicle and struck another vehicle. Fernandez is seeking compensatory damages.
Case number: 12-C-1964

Freddy Dunlap and Pamela Sue Dunlap vs. FedEx Ground Package Systems, Inc.; and Gordon Ware, individually and as an employee of FedEx Ground Package Systems, Inc.
PA- Michael J. Del Giudice; J- Carrie Webster
* On Oct. 6, 2010, Freddy Dunlap was operating his vehicle on W.Va. 25 in Dunbar when Ware, who was operating a vehicle owned and/or leased by FedEx, on 22nd Street and was attempting to turn east onto W.Va. 25 when he failed to maintain control of the vehicle and struck Freddy Dunlap’s vehicle. The Dunlaps are seeking compensatory damages.
Case number: 12-C-1996

Richard Morgan vs. Dionisio Policarpio, M.D.
PA- Frank M. Armada; J- Charles E. King
* On May 23, 2003, Policarpio admitted Morgan into Putnam General Hospital, where he negligently and carelessly performed a laparoscopic cholecystectomy, which resulted in the perforation of Morgan’s gall bladder. Policarpio also negligently failed to remove retained gallstones that were the result of the perforation. Morgan claims on Aug. 9, 2010, he was re-admitted to Putnam General Hospital, where he underwent an EGD procedure with removal of retained gallstones, which were the cause of the bile duct obstruction and the abdominal pain and discomfort he had been experiencing. Morgan is seeking compensatory damages with pre- and post-judgment interest.
Case number: 12-C-2001

Oct. 5
Gary W. Walker vs. the Steak Escape of Charleston, Inc.
PA- Steven B. Wiley; J- Charles E. King
* In early 2012, Walker was transferred to Steak Escape’s Charleston Town Center location in order to fill the store manager position. He claims the Town Center location had a pre-existing informal policy in place under which employees of the store could borrow small amounts of money from the store through the use of informal promissory notes and on April 19 and employee did at a time when the restaurant and the shopping center were closed. Walker claims when he learned of the incident, he reported it to his supervisor, who advised him to issue the employee a disciplinary warning, which he did. On May 15, Walker’s employment was terminated for apparently not immediately firing the employee. Walker is seeking compensatory and punitive damages.
Case number: 12-C-2005

Shirley Stump vs. F.M. Pile Hardware Company and John Doe
PA- Stephen L. Gaylock; J- Carrie Webster
* On Oct. 9, 2010, Stump was a customer in F.M. Pile Hardware’s store when Doe attempted forcibly to obtain an item which she was holding and both negligently and intentionally physically assaulted and battered her. Stump claims Doe was an employee of the hardware company. Stump is seeking compensatory and punitive damages with pre- and post-judgment interest.
Case number: 12-C-2011

Tifney Franks vs. Dave Casebolt, Mayor of Nitro
PA- pro se; J- Jennifer Bailey
* On Sept. 6, Franks requested the defendant to produce original photographs he stated he had received in his official capacity as mayor and he failed to respond to the request. On Sept. 18, Franks claims City Attorney Richie Robb was advised by Casebolt that the photographs no longer existed, but she believes the information provided to Robb was incorrect. Franks is seeking that the Court enter an order enjoining the defendant from withholding records and that the Court order the production of the records.
Case number: 12-C-2013

Want to get notified whenever we write about FedEx Corporation ?

Sign-up Next time we write about FedEx Corporation, we'll email you a link to the story. You may edit your settings or unsubscribe at any time.