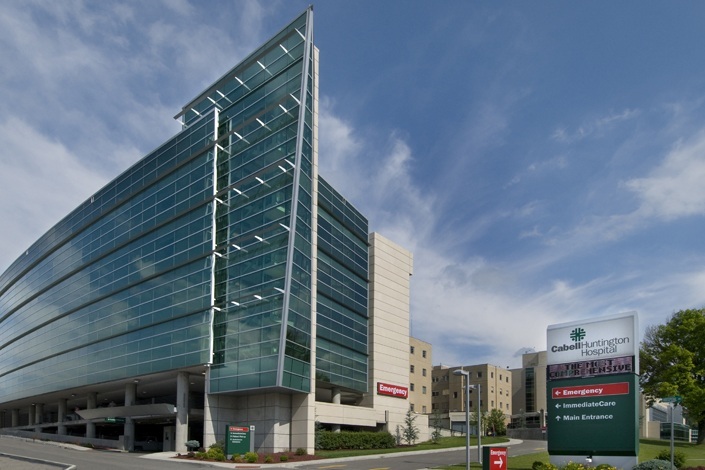 HUNTINGTON -- The parents of a premature infant are suing Cabell Huntington Hospital after they claim it was responsible for his death.

Drs. Joseph Werthammer and Renee S. Domanico were also named as defendants in the suit.

On July 17, 2010, Ethan and Evan Farley were born prematurely at 32 weeks gestation, according to a complaint filed Sept. 14 in Cabell Circuit Court.

Jamie Farley and Rhonda Farley claim at the time of the birth, Ethan Farley appeared to be fairly healthy for a premature infant, but within seven days, he began to show signs of distress.

Werthammer and Domanico assumed care for Ethan Farley and as a result, were obligated to act with the utmost good faith in the care and treatment of him, according to the suit.

The Farleys claim Ethan Farley began showing signs of an enlarged liver and a pediatric GI specialist made a diagnosis of Fulminant Hepatic Failure due to a virus, with differential diagnosis of Metabolic Disorder Iron Storage Disease.

Despite the differential diagnosis of Metabolic Disorder Iron Storage Disease, Werthammer and Domanico failed to follow up on the recommendation to rule out iron storage disease and failed to perform follow up diagnostic exams to make a proper diagnosis regarding the disease, according to the suit.

The Farleys claim Werthammer advised them that Ethan Farley was not a candidate for a liver transplant due to his age and that there was nothing that could be done to save his life.

On July 30, 2010, Werthammer gave up on the child and advised the Farleys that only supportive care should be given to Ethan Farley, according to the suit.

The Farleys claim they were unwilling to accept a death sentence for their infant and sought a consultation with a neonatal specialist at the Children’s Hospital of Philadelphia and requested their infant be transferred there for further treatment, which occurred on Aug. 10, 2010.

The neonatal physicians at the children’s hospital diagnosed Ethan Farley with hemochromocytosis on Aug. 12, 2010, according to the suit.

The Farleys claim the defendants never diagnosed him with hemochromocytosis and as a result, never treated him for the disorder.

The defendants’ failure to diagnose and treat Ethan Farley for the disorder was a breach of the standard of medical care, which caused his unnecessary and untimely death, according to the suit.

The Farleys claim Cabell Huntington Hospital represented that it’s neonatal intensive care unit included “dedicated professionals from many disciplines working together to provide the best in neonatal care,” and that the hospital had a duty to insure that its staff did not transmit bacteria between patients in the hospital.

Ethan Farley suffered from hospital-acquired enterovirus due to the hospital staff’s failure to take the necessary measures to sanitize their hands and clothing when providing care to him, according to the suit.

The Farleys claim in addition to Ethan Farley and Evan Farley acquiring the enterovirus, they believe at least two other infants at the hospital suffered from the condition.

The defendants’ breach of the applicable standard of medical care resulted in the wrongful death of Ethan Farley, according to the suit.

The Farleys are seeking compensatory damages. They are being represented by Katherine L. Dooley.

The case has been assigned to Circuit Judge David M. Pancake.