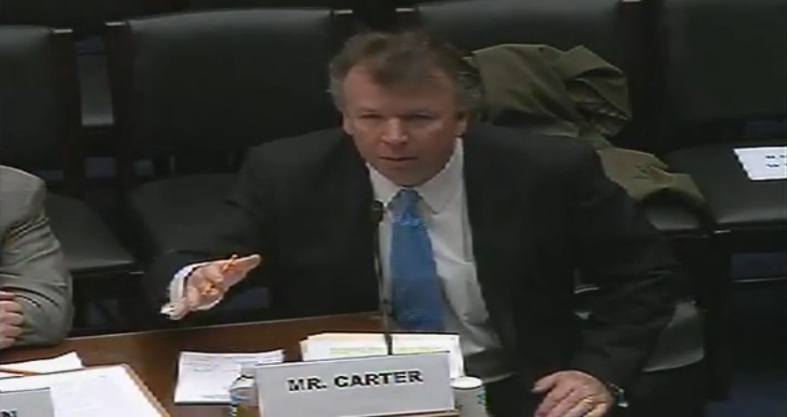 CHARLESTON – Last week, the U.S. Court of Appeals for the District of Columbia Circuit invalidated President Obama’s 2012 appointments of three members of the National Labor Relations Board.

And last year, Charleston attorney Mark Carter testified to a U.S. House committee about the ramifications of just such a court decision.

On Jan. 25, the D.C. Circuit granted the petition of Noel Canning against the NLRB on the basis that the Board lacked a sufficient quorum of members when it reached a decision regarding Noel Canning. That was based on the fact that Obama appointed three of the NLRB’s five members without Senate confirmation on Jan. 4, 2012, with recess appointments. But Noel Canning argued that the Senate was in pro forma session, making Obama’s appointments invalid.

The case arose out of a dispute between Noel Canning, a Washington state Pepsi-Cola bottler and distributor, and Teamsters Local 760. The dispute concerned the negotiation of a collective bargaining agreement. After coming to an impasse, the NLRB made a ruling which Noel Canning considered unfavorable to it. Noel Canning filed an appeal to the D.C. Circuit on both statutory and constitutional grounds.

The three-judge panel of Chief Judge David B. Sentelle and Judges Karen LeCraft Henderson and Thomas B. Griffith was unanimous. The panel said the appointments of Richard Griffin, Sharon Block and Terrence Flynn were “constitutionally invalid,” thus deciding the NLRB did not have a “quorum for the conduct of business.”

In his Feb. 1, 2012, testimony before the House Oversight Committee, Carter said that if that ruling did come to fruition, “every administrative decision and every administrative rule or regulation implemented by the National Labor Relations Board will be subject to appeal or attack.”

“The actions of the NLRB will be ultra vires,” Carter testified, adding that every decision and regulation would be subject to attack. Because the NLRB has been active both in decision-making and regulatory action in the past year, the decisions of the agency since Jan. 4, 2012, may have no mandatory impact on employers, unions or employees if the decision of the D.C. Circuit is upheld.

Carter, the Labor Group Practice chair for Dinsmore in the firm’s Charleston office, served in the President George. W. Bush administration from 2002 to 2009 on the Federal Service Impasses Panel. In that job, he and six others resolved collective bargaining impasses between unions representing federal employees and the agencies of the United States. His practice focuses on the traditional labor practice before the NLRB, federal and state court litigation involving unions and collective bargaining.

He said he was asked to testify because of his work experience in Washington and his expertise in the field.

“I feel strongly about the topic and have felt strongly about it, so I volunteered to do that,” Carter said. “It didn’t get a lot of attention last February when we testified. But now, it’s a huge case. It’s neat to have played a very small role in the process.”

“The NLRB has jurisdiction to resolve many disputes between unions or employees with employers,” he said. “When President Obama appointed those three members, the Senate was in pro forma session. The administration, in recent press, has called that a sham. But less than two weeks before these appointments, the Senate was in pro forma session and passed the Social Security Tax Relief. So if they can pass legislation during such a session, it isn’t a sham.”

Carter said the ruling essentially says the NLRB doesn’t have the power to do what they’re doing.

“It creates confusion,” he said. “It creates chaos. But the NLRB has taken the position that it disagrees with the decision and will continue to perform its duties.”

“Nobody has seized on this, but the purpose of the National Labor Relations Board and the National Labor Relations Act is different from what most of the public perceives,” Carter said during an interview Tuesday. “It’s seen as something to protect unions or employees who want to protect unions. But the act was created not to enforce any private rights. It was enacted to protect the public welfare. It was designed to avoid the interruption of commerce from labor disputes.

“By rendering decisions and enforcing regulations after this decision, that is directly contrary to the purpose of the board. It creates confusion, uncertainty and obstructions to commerce.”

Carter said the court’s ruling was based primarily on the idea of separation of powers.

“The Senate was in session, so the president didn’t have the power to make recess appointments,” he said. “It’s as simple as that. But when a government agency acts to resolve disputes and it doesn’t have the constitutional authority to do so, it creates serious legal issues. Some courts have concluded there is no sovereign immunity in such instances.”

“The question now is whether the government appeals or seeks a stay of this opinion,” he said. “If the court were to stay its own decision, it’s as if it hasn’t happened yet. I think that’s unlikely because they’re talking about constitutional analysis. The Court would be reluctant to stay on that issue. If they don’t stay the decision, it has effect and impact. The administration should respond.”

It’s also important that the ruling was made by the D.C. Circuit, he said.

“The reasoning applied by that panel must be followed in that circuit,” Carter said. “And every litigant before the NLRB has the right to go to that circuit to appeal the NLRB’s decision. It is extremely likely the NLRB would lose every petition filed before D.C. Circuit.”