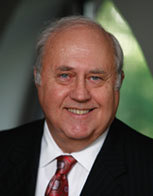 CHARLESTON – The disciplinary case against Barry Nace, a former president of the Association of Trial Lawyers of America, was heard Feb. 19 by the state Supreme Court.

The Office of Disciplinary Counsel has recommended that Nace, a personal injury attorney in Washington, D.C., be suspended from the practice of law for 120 days for allegedly failing to turn over the proceeds from a woman’s medical malpractice lawsuit to the trustee of her bankruptcy estate.

“In this case, it is clear that Respondent (Nace) improperly handled money that should have been turned over to the U.S. Trustee,” the ODC wrote.

“Respondent has failed to acknowledge his position as special counsel to the U.S. Trustee. This failure contributed to the bankruptcy estate not receiving the substantial funds from the medical malpractice case.”

Nace was also the chairman of ATLA’s political action committee. ATLA is now known as the American Association for Justice.

In his brief to the court, he said he has served his profession in a myriad of ways for more than 40 years, but his participation in several organizations “hangs in the balance” with the disciplinary proceeding.

“This lawyer is not unethical; and his entire reputation and good standing in this Bar and the Bars in Maryland, Pennsylvania and the District of Columbia would be stained with an adverse decision in this proceeding, where he, at most, made a mistake in not knowing or fully understanding the expectations of others with whom he had little or no communication,” his brief says.

In January 2005, Trumble sent Burke a letter asking for a valuation of the medical malpractice case. Burke replied later that month saying he and Nace could not place a value on it until completion of a medical review.

Later that month, Trumble sent both Burke and Nace affidavits to sign accepting employment as Trumble’s special counsel. They did, and the bankruptcy court approved Trumble’s motion to employ Burke and Nace on March 4, 2005.

Eventually, the suit was filed on June 17, 2005. A month later, Burke notified that because one of his employees was one of the co-defendant’s neighbors, he was withdrawing from the case because of a conflict of interest.

Despite his withdrawal, Burke told Miller that Nace would remain as her attorney. However, Burke not only failed to file a motion to withdraw from the suit, but also to provide Trumble a notice of his withdrawal, the Burke opinion says.

In September 2006, a partial settlement was reached in which one of the defendants agreed to pay Miller $75,000. A month later, the case against the remaining defendants went to trial, and a jury awarded Miller $500,000.

According to the Burke decision, the disbursement of funds was made without Trumble’s “approval, knowledge or authority.” When Trumble sent him a letter in July 2007 requesting an update on the lawsuit, Burke forwarded it to Nace and later left a message with Trumble’s secretary that said he was no longer on the case and to contact Nace.

After the court on Feb. 12, 2008, declined to hear the defendants’ appeal, Nace tendered a check to Miller for her share of the proceeds of $220,467.45. According to the decision, this, too, was done without informing or getting approval from Trumble.

Later in October 2008, Trumble sent both Burke and Nace a letter not only reminding them of their roles as special counsel to him, but also requesting all documents in the malpractice suit. In addition to later filing ethics complaints against them, Trumble filed an adversarial proceeding against Burke and Nace in Bankruptcy Court.

Trumble told Nace that the allowable exemption for Miller was $25,768, and, after Nace took his fees and expenses, the rest of the proceeds should have been turned over to her estate to be distributed to her creditors.

Nace wrote Trumble in February 2009, stating that he had not heard anything from Trumble since signing an affidavit in February 2005 and that he had never received the application to employ special counsel. Trumble filed an ethics complaint five months later.

Justice Menis Ketchum called the disciplinary case against Burke a waste of time. He said Burke’s failure to notify Trumble of the outcome of the case was “an inadvertent slip.”

“Nace contends that HPS has failed to consider a number of important mitigating factors in determining its severe recommended sanctions,” Benninger wrote.

“The mitigating factors which (the Hearing Panel Subcommittee) did consider were his absence of any prior disciplinary record during his more than 40 years of active practice and his excellent reputation as a Plaintiffs' medical malpractice lawyer.

“It did not, however, consider his timely good faith effort to make restitution or rectify the consequences of his alleged misconduct when he submitted into Bankruptcy Court the amount finally received from Trumble represented as the creditor claims presented in the Miller bankruptcy case.

“HPS also failed to consider the absence of any dishonest or selfish motive in the case. Trumble's testimony during the hearing establishes a factual basis for this mitigating factor and its application to Nace. Given the number of years devoted by Nace to the advancement of his profession in a number of important local and national legal organizations and the amount of voluntary service rendered by him, a four-month suspension of his license is unduly harsh.

“The punishment recommended does not fit the crime (mistake) in this case.

“Lastly and most importantly, there was no harm to the trustee, the debtor's estate or the Bankruptcy Court in this case because Miller's husband's case and her interest in it was never an asset of the §541 estate.”

From the West Virginia Record: Reach John O'Brien at jobrienwv@gmail.com.

Want to get notified whenever we write about American Association for Justice ?

Sign-up Next time we write about American Association for Justice, we'll email you a link to the story. You may edit your settings or unsubscribe at any time.