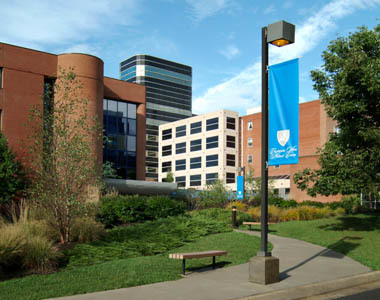 CHARLESTON - A woman is suing Charleston Area Medical Center Inc. after she claims it is responsible for her father's death.

Dr. James P. Griffith was also named as a defendant in the suit.

On April 2, 2011, Kermit Maynard sought treatment at CAMC in connection with a drug overdose and he was monitored in ICU until April 3, 2011, and then was admitted to Behavior Medicine Service from April 4, 2011, until April 7, 2011, according to a complaint filed April 5 in Kanawha Circuit Court.

On the morning of April l7, 2011, nursing notes indicated Kermit Maynard was still severely depressed and later that morning, he requested to be discharged home, suddenly denying suicidal ideations, according to the suit.

Amy Maynard claims prior to his discharge, Kermit Maynard's family called CAMC, unhappy that he was being discharged, and advised the hospital that he had attempted suicide numerous times, but the hospital still discharged him into her and her boyfriend's care.

On April 8, 2011, Kermit Maynard committed suicide, according to the suit.

Amy Maynard claims the defendants breached their duties to Kermit Maynard by failing to formulate, adopt and enforce adequate rules, policies and procedures to ensure his safety and care during the course of his treatment.

Kermit Maynard was not afforded a consolidated suicide risk assessment and was discharged despite the presence of unrecognized or unresolved dynamic suicide risk factors, according to the suit.

Amy Maynard is seeking compensatory pre- and post-judgment interest. She is being represented by Patricia A. Jennings of the Underwood Law Office.

The case has been assigned to Circuit Judge Paul Zakaib Jr.