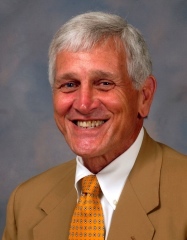 MORGANTOWN – A Monongalia County judge has ruled that West Virginia University Medical Corporation is a public body and must respond to a Freedom of Information Act request.

“This is the second time that a Monongalia County Circuit Court has come to the same conclusion and we felt the facts were always there to support this decision.”

WVUMC is a nonprofit that supports the clinical practice of physicians employed by the WVU School of Medicine. It denied Mon General’s FOIA request on Aug. 24.

WVUMC was deemed to be a “public body” as a result of an “overriding nexus with WVU,” Starcher’s order said.

“(A)dopting such an approach would ignore the reality of WVUMC’s intimate nexus with West Virginia University Hospitals, in favor of ‘stilted formalism, in the words of this State’s own Supreme Court,” Gaujot wrote.

“This Court is well aware that statutes should be given their plain meaning, and based upon its interpretation of the FOIA definition of ‘public body,’ this Court is of the opinion that the language upon which WVUMC urges it to rely would be triggered should the other definitions of ‘public body’ fail.”