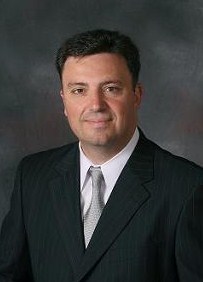 KINGWOOD – A youth baseball league in Preston County is being sued by the estate of a man who died seven months after allegedly falling off the top row of bleachers while avoiding a foul ball.

Jo Ann Fazenbaker filed a lawsuit on behalf of the estate of her late husband Stanley on May 3 in Preston Circuit Court. Named as defendants are the Town of Terra Alta, the Terra Alta Youth League and Terra Alta Community Park.

The defendants own, operate and provide maintenance to Kevin Beerbower Memorial Field, the complaint says.

“(T)he decedent, Stanley Eugene Fazenbaker, while attempting to avoid a foul ball, was caused to fall by reason of unsafe conditions that were present on the premises, including, but not limited to, the absence of a safety rail on the bleachers,” the complaint says.

The complaint says Stanley Fazenbaker was attending a baseball game at the field on May 26, 2011, and was seated on the top row of bleachers.

The defendants failed to conduct a reasonable inspection of the bleachers, failed to provide a safe place for invitees to sit, failed to maintain the premises in a safe condition, failed to correct the hazardous condition and failed to warn invitees, the complaint says.

As a result of his fall, Fazenbaker suffered severe and disabling injuries, was forced to seek medical treatment and incurred pain and suffering, mental anguish, aggravation, inconvenience, loss of enjoyment of life, loss of ability to function and lost wages, the complaint says.

The Town of Terra Alta filed an answer and cross-claim on June 10.

The Town is represented by Tamara J. DeFazio of Shuman, McCuskey & Slicer in Morgantown.

Fazenbaker was 66 years old at the time of his fall, according to his obituary. He lived in Oakland, Md.