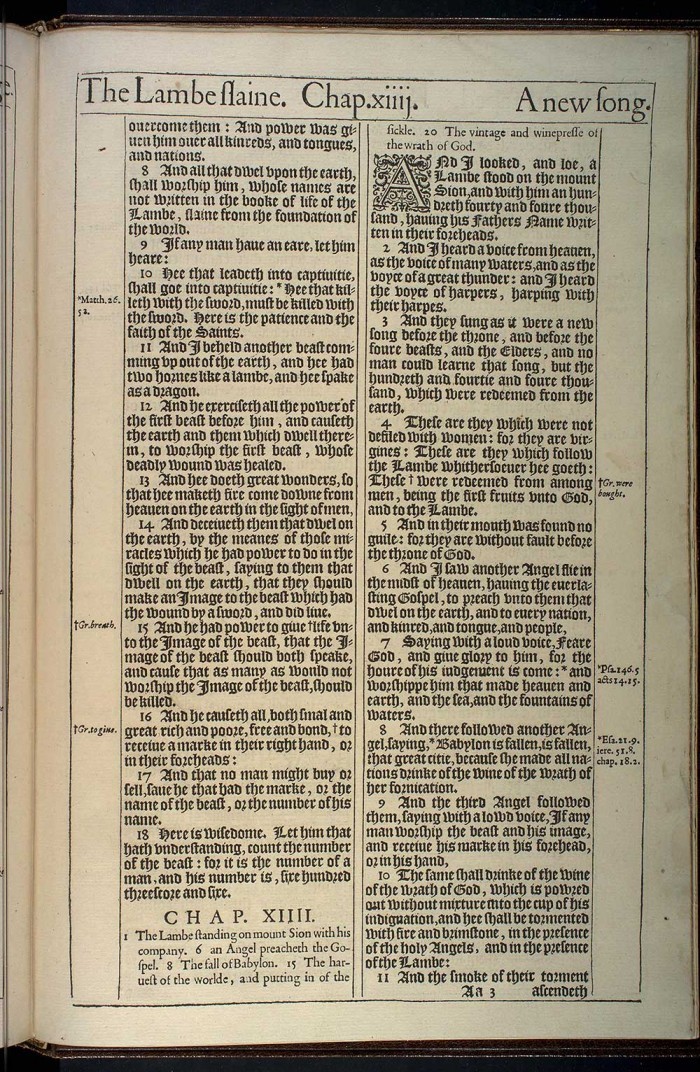 CLARKSBURG – A former employee of Consol Energy says hand-scanning software used for attendance record-keeping bears a resemblance to a prophecy made in the Book of Revelation about the antichrist.

On Sept. 23, the U.S. Equal Employment Opportunity Commission filed suit against Consol and its subsidiary Consolidated Coal, which operates the Robinson Run Mine in Mannington. There, employees sign in to work using a biometric hand scanner.

Beverly Butcher says he is an Evangelical Christian and believes he is not permitted to submit either of his hands for scanning, arguing there is a relationship between the technology and the antichrist. He resigned under protest and filed his claim with the EEOC, which filed suit in U.S. District Court for the Northern District of West Virginia.

“By refusing to provide Butcher with a religious accommodation for his genuinely held religious belief, Defendants created working conditions sufficiently intolerable that a reasonable person would feel compelled to end their employment,” the complaint says.

“The effect of the practices complained of… has been to deprive Beverly R. Butcher, Jr. of equal employment opportunities and otherwise adversely affect his status as an employee because of his religion.”

Butcher began his work with the defendants in April 1975 and has worked at the Robinson Run Mine as a general inside laborer since September 1977, the complaint says.

In June 2012, the defendants installed a time and attendance tracking system that requires employees to sign in using a hand scanner purchased from Recognition Systems, Inc., the complaint says.

The technology creates and stores information about an individual’s hand geometry for identification purposes, the complaint says.

Butcher says he met with mine Superintendent Michael Smith and Human Resources Manager Chris Fazio to discuss his issues with the scanner after it was installed.

“Butcher also provided Smith and Fazio with a letter he wrote discussing his genuinely held religious beliefs about the relationship between hand scanning technology and the Mark of the Beast and antichrist discussed in the Bible, and the letter requested exemption from hand scanning because of those beliefs,” the complaint says.

Recognition Systems wrote a letter to Butcher discussing its interpretation of Revelation 13:16.

The verse says, speaking of the antichrist, says “And he causeth all, both small and great, rich and poor, free and bond, to receive a mark in their right hand, or in their foreheads.”

The next verse says, “And that no man might buy or sell, save he that had the mark, or the name of the beast, or the number of his name.”

Recognition Systems’ response says the verse only references the right hand and forehead. Butcher could use his left hand, it argued.

Butcher said he could keep manually submitting his attendance record, but Fazio and Smith said he should use his left hand, the complaint says.

“Defendants… declined to accommodate Butcher’s request to be exempted from biometric scanning of either hand,” the complaint says.

“Prior to his resignation, Smith and Fazio informed Butcher that the only accommodation that they would offer was scanning of his left hand and that he needed to make a decision based on that offer.”