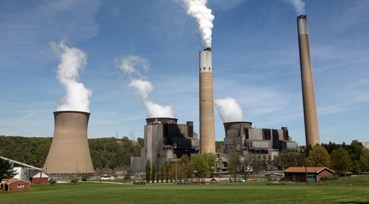 WHEELING – Seven months after FirstEnergy Corp. settled a Hancock County couple’s claims over disposal of a coal byproduct, 53 individuals have filed suit against the company in federal court.

The complaint, filed Oct. 10 in U.S. District Court for the Northern District, says the plaintiffs’ properties have been invaded by hazardous substances released from an unlined solid waste disposal site known as the Little Blue Run impoundment, which is located in Hancock County and Beaver County, Pa.

Waste from the Bruce Mansfield Plant, a coal-fired power plant located in Shippingport, Pa., is stored in the Little Blue Run impoundment.

In March, the company submitted a proposed closure plan for Little Blue Run to the Pennsylvania Department of Environmental Protection. The plan followed a December consent decree between the two.

“According to First Energy’s Proposed Closure Plan, even if the Impoundment is capped, lowering the hydraulic head to reduce leaching of contaminants out of the impoundment will take many decades,” the complaint says.

The complaint says FirstEnergy has reported discharging arsenic, boron, selenium, molybdenum, sulfates, calcium and chlorides into the water surrounding the impoundment. It adds that the plaintiffs’ houses have been inundated with water from seeps in the Impoundment.

“The conditions caused by FirstEnergy are harmful to human health and the environment, for which FirstEnergy is liable.”

The lawsuit also seeks punitive damages. The plaintiffs are represented by David A. Jividen of Jividen Law Offices in Wheeling and Farrest Taylor of The Cochran Firm in Dothan, Ala.

Hancock County Circuit Court Judge James P. Mazzone signed a dismissal order on March 11 in Edward and Debra Campbell’s lawsuit against FirstEnergy. Terms of the settlement were not disclosed.

The Campbells sued FirstEnergy on Jan. 3, 2012. They alleged FirstEnergy was disposing of toxic coal ash in the Little Blue Run impoundment, and the ash contaminated the soil and water surrounding the impoundment.