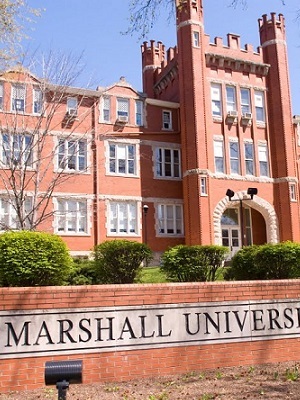 HUNTINGTON - A man is suing Marshall University Board of Governors for medical malpractice.

On March 27, 2013, Danny Beckett was admitted to Pleasant Valley Hospital with complaints of perirectal pain and a physical examination revealed a likely abscess, according to a complaint filed in Cabell Circuit Court.

Beckett claims he underwent surgery consisting of incision, drainage and debridement of a complex ischial, rectal and perineal abscess with removal of necrotic tissue.

On March 29, 2013, Beckett underwent a second look procedure consisting of incision and debridement of the ischial, rectal and perineal abscess and post-surgery, his wound was packed with four two-inch Kling gauze dressings, according to the suit.

Beckett claims on March 30, 2013, he was transferred to Cabell Huntington Hospital due to scrotal swelling and was admitted to the hospital under the service and care of Marshall Surgery, whose physicians, resident physicians, agents, employees and servants assumed responsibility for Beckett's care and treatment.

The plaintiff remained at Cabell until April 13, 2013, when the abscess healed sufficiently for him to be discharged home, according to the suit.

Beckett claims after being discharged, his wounds healed well and showed no signs of infection, however, on May 30, 2013, Beckett developed a lump at the base of his scrotum and he was evaluated by a surgeon at Pleasant Valley Hospital.

On May 31, 2013, Beckett underwent another surgery, in which a full roll of two-inch Kling gauze was removed from the area of the prior abscess, according to the suit.

Beckett claims the defendant's employees failed to evaluate the wound appropriately and account for all packing and to assure that no packing remained in the wound other than what was placed and removed daily.

As a result of the defendant's breach of the standard of care, Beckett was required to undergo multiple additional surgeries, incurred unnecessary medical expenses, pain and suffering and emotional distress, according to the suit.

Beckett is seeking compensatory damages. He is being represented by Michael C. Walker of Cyrus, Adkins & Walker.