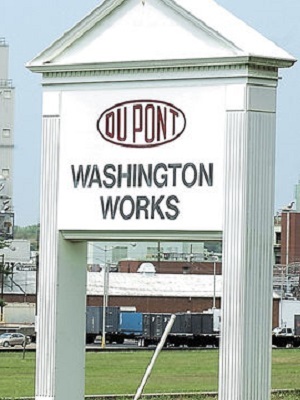 PARKERSBURG - DuPont was granted partial summary judgment in a 2013 lawsuit against it involving C-8 contamination.

"Our main takeaway here is that, once again, DuPont has attempted to escape its obligations to mid-Ohio Valley residents harmed by C-8," said Jeff Dugas, with Action Network, a nonprofit organization that helped area residents develop Keep Your Promises. "Luckily, Chief Judge Sargus denied that motion, which raises new questions about DuPont disclosure of liabilities -- which, as we noted in our June 9th briefing, are already grossly understated. "

Dugas said that in light of this decision, stakeholders should take another, close look at those disclosures.

In the U.S. District Court for the Southern District of Ohio, Chief Judge Edmund A Sargus Jr. denied a motion by DuPont that was intended to severely reduce the company's obligations to compensate victims of C-8 contamination, according to the July 6 filing.

DuPont's motion sought to allow the company to backtrack on its promise to honor the findings of the C-8 Science Panel, which identified a probable link between C-8 and six diseases, which include kidney cancer, testicular cancer, thyroid disease, ulcerative colitis, high cholesterol and pregnancy-induced high blood pressure.

"It is shocking that DuPont continues to try to break its promises to mid-Ohio Valley communities," said Keep Your Promises advisor Joe Kiger in a press release. "DuPont is pouring resources into debating legal questions that were settled over a decade ago. Meanwhile, DuPont’s victims continue to suffer without compensation."

"Given Judge Sargus’s decision this week, DuPont had better estimate the C-8 liabilities again, because their liabilities are now more likely to be greater than what they anticipated," Kiger said. "Investors and regulators should take a second look at the company’s disclosures in light of Monday’s decision."

DuPont has not responded to a request for comment.