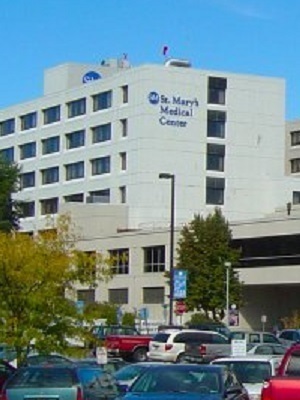 HUNTINGTON - A woman is suing St. Mary's Medical Center after she claims it is responsible for her mother's death.

In January and February 2013, Beverly Lou Kinner Hodges was admitted as a patient at St. Mary's and underwent a diagnostic laparotomy on Feb. 7, 2013, and was diagnosed with Stage 3C ovarian carcinoma, according to a complaint filed June 11 in Cabell Circuit Court.

Kathy Cremeans claims on Feb. 9, 2013, Hodges buzzed for a nurse to assist her in going to the bathroom and a registered nurse or other staff member reported to assist her.

The nurse had just returned to work from an injury and had a boot on her foot and attempted to assist Hodges to the bathroom without any other assistance, according to the suit.

Cremeans claims during this process, the nurse dropped Hodges and then fell on top of her, causing Hodges to sustain a fractured hip.

The nursing staff breached and failed to follow the applicable standard of care, which let to Hodges' injury, according to the suit.

Cremeans claims the breaking of Hodges' hip delayed her treatment for ovarian cancer and her prognosis was reduced from a greater than 50 percent chance of surviving beyond five years to three to six months.

Cremeans is seeking compensatory and punitive damages with pre- and post-judgment interest. She is being represented by Michael S. Bailey of Bailey & Howard PLLC.