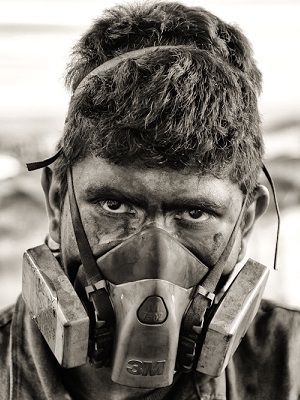 PINEVILLE -- A Wyoming County couple is suing over claims that the husband suffered permanent disability after working for years in negligently managed mines.

Gary and Kathy Lough filed a suit July 13 in Wyoming Circuit Court against Massey Energy Co. and several of its partners and subsidiaries citing negligence and malice.

The suit claims that from 1993 to 1999, and again from 2008 to 2010, Gary Lough worked various jobs within mines controlled by MEC and its subsidiaries. During these periods, Lough says he was regularly exposed to high levels of coal and silica dust, and over time developed a crippling condition known as pneumoconiosis.

Lough asserts that the harm suffered by himself and many of his co-workers could have been avoided if the defendant corporations had practiced proper safety protocol. However, Lough purports that not only did the mine operators fail to maintain a safe work environment, but went as far as to conceal their negligence in various ways.

Lough and his wife are seeking punitive and compensatory damages for past and future medical expenses, physical and psychological impairment and legal fees. They are being represented in court by Timothy Bailey and J. Ryan Stewart of the Charleston-based law firm Bucci, Bailey and Javins, L.C. At the time of writing, no judge had been assigned to the case.