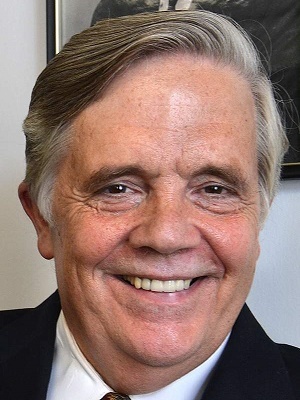 Janet “J.T.” Thompson, who ran against Jones in the municipal election earlier this year, filed the petition just after Jones was sworn in for his fourth term as West Virginia’s largest city. It accused Jones of official misconduct in office, malfeasance in office, gross immorality and neglecting his duties as mayor.

Thompson needed 25 signatures on the petition, but a three-judge panel found Monday she had 16 or 17 valid signatures. They only could be validated if the person voted in the last election.

The three-judge panel, selected by the state Supreme Court, met briefly before dismissing her petition. Thompson said she plans to continue her fight.

Jones, a Republican, didn’t attend the hearing, but his attorneys had argued that the 25 signatures on Thompson’s petition were not valid. Jones has said Thompson’s actions against him have cost the city more than $100,000 so far.

Lonnie Simmons of the Charleston law firm of DiTrapano, Barrett, DiPiero, McGinley & Simmons PLLC represented the mayor in Monday’s hearing because he has been involved in similar removal acts before.

“The whole statute needs to be re-written, and would benefit from an amendment,” Simmons told WOWK-TV after the hearing. “Today’s ruling holds that if there is going to be a removal petition signed by citizens, they need to have voted in the last election.”

“Do it for the judges,” he told WOWK. “We have three judges that gave up three days that had important work to do in Wayne, Cabell, and Putnam County and they came here to hear this frivolous case.”