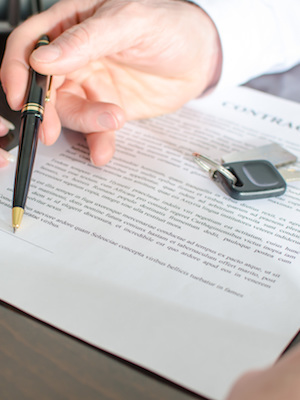 According to the complaint, Holland, an authorized GM car dealer, sold Wheatley a 2014 Chevrolet truck, which subsequently required three or more visits to be serviced over issues with the transmission and the "drive train."

The suit says these issues were not resolved and not everything was done that could have be done by Holland and GM, leaving Wheatley to fear for his safety when operating the vehicle. The plaintiff also alleges he had to require towing and servicing for the same issues on several occasions.

As a direct result of these issues, the suit says, the plaintiff incurred additional expenses for alternate travel options, loss of wages, attorney fees and other damages.

Wheatley seeks restitution for lost wages, attorney fees, a refund for all costs of said vehicle with interest, and various other damage fees, including annoyance and inconvenience. He is represented by attorney D. Adrian Hoosier II of The Hoosier Law Firm in Charleston. The case has been assigned to Circuit Judge William Witten.

Want to get notified whenever we write about The Hoosier Law Firm ?

Sign-up Next time we write about The Hoosier Law Firm, we'll email you a link to the story. You may edit your settings or unsubscribe at any time.