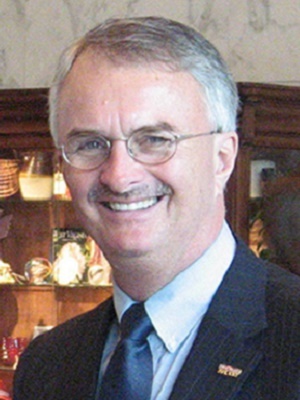 CHARLESTON – This week, former Vice President Dick Cheney is the keynote speaker at the annual meeting of the West Virginia Chamber of Commerce, an organization that recently made a point of stating that its members employ more than half of “our state’s workers.”

As president of the West Virginia AFL-CIO, on behalf of the thousands of West Virginia working families I represent, I take offense.

By bringing Cheney here, the West Virginia Chamber of Commerce is most certainly not representing West Virginia working people, and I question whether it is accurately reflecting the needs and views of most West Virginia businesses, particularly its small businesses.

On paper, the purpose of the state Chamber of Commerce is to advocate for our state businesses and area economic development, not a political agenda. So why bring this man, who is traveling to promote his latest book, to a West Virginia business summit?

I am unclear what, if anything, Cheney can offer to our business community. In fact, I can provide a litany of actions the Bush administration, with Cheney leading the charge, did to undermine West Virginia’s small businesses, its middle class and low-income working families.

The administration’s fiscal policies not only led to a skyrocketing national debt, they lowered wages and increased living expenses, such as housing, health care and education.

The income gap between the wealthy and middle-class workers ballooned – never had income inequality been so great. Poverty increased, the median household income declined, and the middle class took on debt unprecedented since the Great Depression. Those fiscal policies lead to the 2007 Great Recession.

According to the Wall Street Journal, George W. Bush and Dick Cheney had the worst track record of job creation of any administration since the government began keeping records. In fact, the United States had more private sector jobs when Cheney became vice-president in 2001 than when he left office in 2009.

I have to wonder what if any aspect of the Bush administration economic policy is worthy of emulation here in West Virginia. Further, how will Dick Cheney’s discredited view of world politics contribute to the critical discussion of how to move West Virginia’s economy forward?

Back in 2008, while attending at a press event in Washington, Dick Cheney tried to shrug off what was becoming a pervasive negative public persona by cracking jokes, one of which was at the expense of West Virginians. Unfortunately, he went for that tired cliché about West Virginians being inbred. His comment was not well received.

In fact, our greatest United States Senator, Robert C. Byrd, in the hospital at age 90, issued a statement chastising Cheney for making such a remark with his “trademark arrogance.”

“Vice President Cheney's words reflect the attitude of an administration and a party that says what they must to get elected and then turns their backs on those they promised to represent," Senator Byrd said.

Words to remember as we approach the 2016 election.

Perdue is president of the West Virginia AFL-CIO.