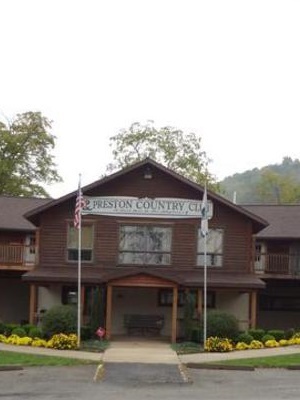 CLARKSBURG – A Preston County country club says a racial harassment and discrimination lawsuit against it should be dismissed.

Preston County Country Club filed a motion last week to have a civil lawsuit filed against it by Jason Goines removed to federal court. And it also file a motion to have the case dismissed on the grounds it denies any wrongdoing as well as that it says Goines fails to state a cause of action.

Goines filed his lawsuit last month in Preston Circuit Court against Preston Country Club Inc. and Arthur George, who is a board member of the club who, on the case information sheet, is labeled “A Racist Individual.”

In his complaint, Goines says he was taking part in the Tri-State Golf Tournament on July 2 at PCC when “defendant and racist Art George, who was acting as a ranger and patrolling the golf course, began to harass and antagonize the plaintiff, warning him unnecessarily about slow play.”

Goines, who is black, says he was playing no slower than other participants, noting the players – an all-white group – behind him were playing far slower and never were harassed.

“Nevertheless, George relentlessly ridiculed and harassed the plaintiff using racial epithets and other derogatory language,” the complaint states. “George singled the plaintiff out for this harassment and intimidation based upon his race.”

Goines said he told George he was playing as fast as he could and that he had paid his entry money and “planned to get his money’s worth.”

When Goines complained about the racial slurs being used, he says George responded by saying, “Well, it looks like I’ve been black balled in the black community,” saying the word black with heavy sarcasm.

Goines said the abuse became so intolerable that he had to leave the course, fearing for his life and safety.

“He believe that taking the moral high ground and walking away was the right thing to do,” the complaint states. “However, George would not let it go, instead following the plaintiff to badger, bully and abuse him.”

Goines said he and some of his fellow players – who are white – complained to club officials about George’s actions, but no measures were taken.

Goines claims he was a victim of racial harassment and discrimination, which violates the West Virginia Human Rights Act and federal law. He also says he was a victim of assault and intentional and/or reckless infliction of emotional distress. He also says PCC is guilty of negligent supervision of George, who used insulting words against him, another violation of state code.

He seeks compensatory damages jointly and severally against the defendants for damage to his mental and emotional health and well-being as well as for terror, mental anguish, humiliation, embarrassment, anxiety, adverse mental and emotional effects, loss of standing and reputation in the community and other damages. He also seeks punitive damages, attorney fees and other relief.

In its federal court answer, the country club asks that the complaint be dismissed with prejudice. It seeks court costs and attorney fees.

Want to get notified whenever we write about MacCorkle Lavender PLLC ?

Sign-up Next time we write about MacCorkle Lavender PLLC, we'll email you a link to the story. You may edit your settings or unsubscribe at any time.