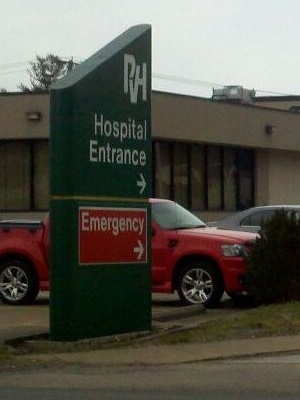 WINFIELD – A Cabell County woman blames a hospital, physician and nurse for missing signs that her sister was about to have a stroke.

In her complaint, Stevens says her 47-year-old sister went to Pleasant Valley’s emergency room in Point Pleasant in Mason County on June 11, 2013, with left arm and hand weakness, numbness and tingling as well as left leg weakness and left calf pain. She also was experiencing vision changes, such as seeing spots and floaters.

“She was diagnosed with left arm radiculopathy, left calf strain and anemia,” the complaint states. “She was told to take Naprosyn, to follow up with her family doctor and discharged to home.”

But, the complaint states, the tingling, numbness and weakness in Burge’s left side never abated. On June 18, 2013, she suffered “a major stroke and has been left with paralysis of her left side and difficulty in speaking.”

“She spent an extended period of time in the hospital, followed by a rehab facility and now has had to move in with her sister who is her caregiver,” the complaint states. “She suffered an acute stroke involving the left side of the body manifested as left side hemiplegia and aphasia.”

She seeks compensatory and punitive damages as well as pre- and post-judgment interests, court costs, attorney fees and other relief.

Stevens is being represented by Dr. Richard Lindsay and Dr. Matthew Lindsay of Tabor Lindsay & Associates in Charleston. The case has been assigned to Circuit Judge Joseph Reeder.

Want to get notified whenever we write about Tabor, Lindsay and Associates ?

Sign-up Next time we write about Tabor, Lindsay and Associates, we'll email you a link to the story. You may edit your settings or unsubscribe at any time.