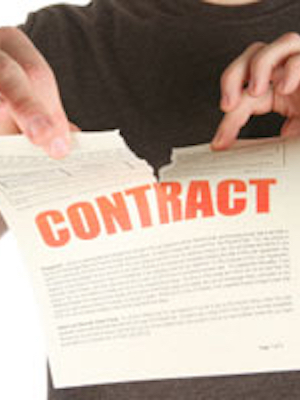 BECKLEY – An Ohio couple is suing Cook's Heating & Cooling after they claim it breached their contract when building their home.

Larry D. Rafalski and Mary C. Rafalski are citizens of Ohio, but own property in Daniels and, they were planning on retiring and building a home on the Daniels property, according to a complaint filed in the U.S. District Court for the Southern District of West Virginia.

Cook's executed a contract for the plaintiffs to build a custom home for them for the principal sum of $715,000, according to the suit.

The Rafalskis claim Cook's subcontracted out portions of the work to Castle Rock, Hypes and Richardson.

Between July 2014 and June, the defendants were paid nearly $440,000 for work performed to construct the plaintiffs' home, however, after initial completion of the foundation work, it was determined that the foundation was defective, did not comport with the project plans and was not constructed in a good and workmanlike manner, according to the suit.

The plaintiffs have had the work evaluated by a structural engineer and contractor, and it has been determined that the foundation work, framing and roofing work were all defective and must be demolished, according to the suit.

The Rafalskis claim the defendants acts and omissions have caused them to spend nearly $440,000 for construction work that is worthless.

The defendants breached their contract with the Rafalskis and were negligent, according to the suit.

The Rafalskis claim the defendants actions constitute fraud and caused them damages.

The Rafalskis are seeking compensatory and punitive damages. They are being represented by Charles M. Johnstone II of Johnstone & Gabhart LLP.

Want to get notified whenever we write about Johnstone & Gabhart LLP ?

Sign-up Next time we write about Johnstone & Gabhart LLP, we'll email you a link to the story. You may edit your settings or unsubscribe at any time.