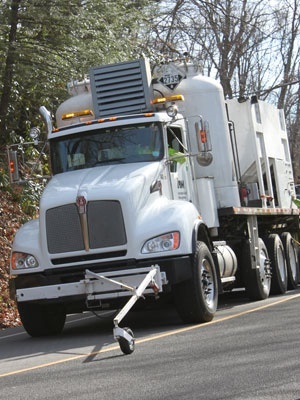 HUNTINGTON – A Cabell County man and Ohio woman are suing DeAngelo Brothers LLC after they claim it interfered with their new jobs.

Michael A. Adkins and Janet Holderby were employed by the defendant, according to a complaint filed in the U.S. District Court for the Southern District of West Virginia.

Adkins began his employment in February 2008 and his job was to operate a spray truck to control vegetation along railroad rights-of-way. He was required to take an online examination to receive the necessary certification to operate the spray equipment and there was no other specialized training or qualifications necessary for the performance of his duties.

Adkins was laid off in the fall of 2008, as his work was seasonal in nature, and he returned to work for his former employer, Home Depot, where he remained working until late February or early March 2009, when he returned to the defendant for work.

Adkins claims his employment remained seasons each year in January, he went to work in Texas for the defendant to earn more income.

While in Texas, Adkins was contacted by a man named Robert Brewer, who offered him a job with Wilderness Environmental Services, which would entail a significant raise and provide him with better benefits without seasonal breaks in employment, so he gave the defendant two week's notice and went to work with WES.

Holderby began her employment with DeAngelo in January 2001 as an administrative assistant. On Jan. 30, Brewer contacted her about working for WES and offered her a raise of $16,000 with her new position, so she provided DeAngelo with two week's notice and resigned from her position. She worked for WES from Feb. 9 until June 12.

WES, who was a competitor of DBI, hired Steve Davis on Sept. 19, 2014, and, on March 18, DBI filed a complaint in Pennsylvania against Davis, seeking to enjoin him from continuing to work for Lewis Tree Service, an affiliation of WES. As part of the complaint, DBI alleged that Davis recruited Holderby and another employee.

As part of the resolution of the complaint, Davis and DBI reached a settlement agreement and, as part of the agreement, WES agreed to terminated Adkins and Holderby, according to the suit.

The plaintiffs claim DBI has the ability to release employees from its obligation to the non-disclosure and non-competition agreement with DBI and after they were terminated, they sought releases from DBI so they could work for a competitor.

DBI has given releases to many former employees, but denied both of the plaintiffs requests, according to the suit.

The plaintiffs claim DBI intentionally interfered with their economic expectancy when it included as a term of its settlement agreement the termination of employment of Adkins and Holderby.

The plaintiffs are seeking compensatory and punitive damages with pre-judgment interest.

They are being represented by Abraham J. Saad of Saad Dixon Law Offices PLLC. The case is assigned to District Judge Robert C. Chambers.

Want to get notified whenever we write about Saad Law Office ?

Sign-up Next time we write about Saad Law Office, we'll email you a link to the story. You may edit your settings or unsubscribe at any time.