Man says he was injured in slip-and-fall at Cabell Co. Wal-Mart store 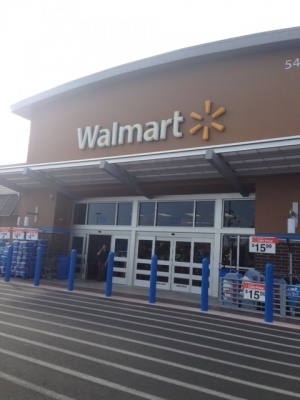 HUNTINGTON – A man is suing Wal-Mart Stores Inc. after he claims he was injured when he slipped and fell in the store.

On May 6, 2014, Joshua Cremeans was in Wal-Mart when he slipped on fabric softener left on the floor of the store and was injured, according to a complaint filed in Cabell Circuit Court and removed to federal court Oct. 9.

Cremeans claims the store had a duty of care to keep the premises in a reasonably safe condition.

Wal-Mart breached its duty by allowing the dangerous condition to exist, according to the suit.

Cremeans claims as a result of the defendant's careless, reckless, negligent, willful, wanton, malicious and unlawful acts, he suffered injuries to his lower extremities, including his lower back and left knee, as well as his upper extremities and right wrist.

Cremeans is seeking compensatory damages with pre- and post-judgment interest. He is being represented by Zachary J. Poole of Fredeking & Fredeking Law Offices LC.