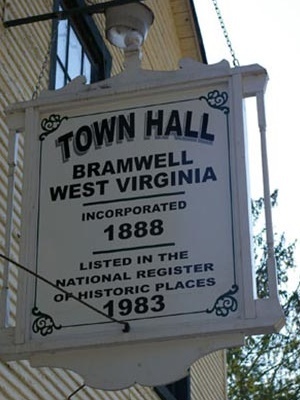 PRINCETON – A woman is suing the Town of Bramwell and several breweries after she claims she was injured after an intoxicated patron crashed into her.

On Oct. 12, 2013, April Carter was lawfully operating a vehicle traveling on U.S. 52 Coal Heritage Road in Mercer County while Mark Epperson traveled left of the center line, striking her vehicle, according to a complaint filed in Mercer Circuit Court.

Carter claims Epperson was found to be driving while intoxicated and in possession of alcohol or drugs and cited for DUI causing injury to someone other than himself.

Because of Epperson, Carter was hospitalized for 13 days, most of which was in the Intensive Care Unit, according to the suit.

Carter claims Epperson had been a customer of the defendants on the night of the incident and was served intoxicating alcoholic beverages by their lessees, vendors and/or agents or employees prior to operating his motor vehicle.

The defendants knew or should have known that Epperson was extremely intoxicated, but nevertheless, continued to serve him alcoholic beverages, according to the suit.

Carter claims the defendants were aware that Epperson intended to operate a motor vehicle after leaving the Bramwell Oktoberfest.

As a result of the defendants' negligent, reckless and criminal conduct, Epperson left the Bramwell Oktoberfest highly intoxicated and negligently and recklessly caused his vehicle to strike Carter's vehicle, who suffered severe injuries, according to the suit.

Carter is seeking compensatory and punitive damages. She is being represented by Charles R. "Rusty" Webb of the Webb Law Centre PLLC.