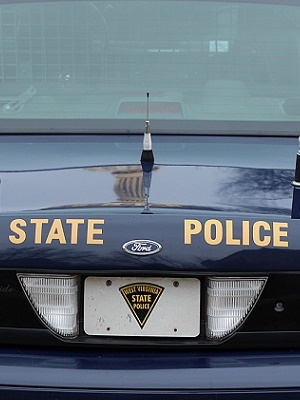 CHARLESTON – The family of an 18-year-old shot and killed by a State Trooper is suing the office and the West Virginia State Police for their son's death.

Michele L. Hill and Robert E. Hill Jr. and their deceased son, Timothy Hill, lived in the same neighborhood as Senior Trooper B.D. Gillespie, near Kegley and, during the years prior to the homicide, Gillespie had taken a particular interest in Timothy Hill's behavior, according to a complaint filed Nov. 3 in Kanawha Circuit Court.

The Hills claim Gillespie had been to the Hill family home on at least one occasion prior to the events that took place on June 13, 2014, for the purpose of threatening the family about Timothy Hill's behavior.

"Among other things .. Gillespie did not like when Timmy rode his dirt bike in front of the Gillespie residence," the complaint states. "The Hills had seen defendant Gillespie watching Timmy with binoculars and recording him with a video camera."

The Hills claim while at their home, Gillespie also made threats to Michele Hill regarding issuing her a ticket for setting their trash out too early for pick-up, taking Timothy Hill to jail and stating that he could do what he wanted to do to those who "caught his eye," like Timothy Hill.

Gillespie also inquired as to when Timothy Hill would turn 18, which was May 14, 2014, according to the suit. The Hill family general felt bullied by Gillespie and believed he was out to get Timothy Hill based on his frequent criticisms of Timothy Hill's behavior, his threats and his treatment of the Hill family and other neighbors in the area.

The Hills claim during the early morning hours of June 13, 2014, Timothy Hill had trouble sleeping and left his home and texted his friend, W.H., who was 15, to meet up with him, and shortly thereafter, W.H. and another friend, J.C., who was 18, met Timothy Hill near his home.

Earlier that evening, a group of three boys had been swimming in the area, and the group included W.H., J.C. and a third friend and, thinking it would be funny, they decided to leave their wet underwear on someone's vehicle as they walked home, according to the suit.

Around 11:30 p.m., Gillespie's wife woke him up and told him that she had discovered a wet pair of underwear in his cruiser and that she had seen a group of boys in their driveway and that she had gotten in her vehicle to search for the boys, but did not find them and returned home, according to the suit.

The Hills claim Gillespie then did his own search of the area using his personal vehicle and did not find anyone, and he was so angered by his failure to find anyone that he decided the prank was "important enough to warrant an official police response" and proceeded to put his uniform on, made a call into his unit to place himself on duty as of 11:51 p.m., and was intentionally and with the sanction of his unit, acting within the scope of his employment.

Gillespie then began to patrol the neighborhood and surrounding areas in his cruiser looking for the person(s) responsible for the prank and he continued for several hours with no avail, according to the suit.

The Hills claim at approximately 1:30 a.m., Timothy Hill, W.H. and J.C. were walking up the Hill's driveway, heading to Timothy Hill's home, when they were stopped by Gillespie, who was frustrated by his failure to identify the responsible party for the prank, and, upon seeing the cruiser's headlines, at Timothy Hill's insistence, the boys did not run away and stopped adjacent to his family's mailbox to speak with the officer.

After stopping the boys and exiting his vehicle, Gillespie negligently, and perhaps intentionally, failed to engage his in-car recorder, according to the suit.

"Defendant Gillespie recognized Timmy, who had been walking up his own driveway, and was aware of their very close proximity to the Hill home, where he had visited the teen and his family just months earlier," the complaint states. "In fact, the mailbox was labeled with the family's surname, 'Hill.'"

The Hills claim Gillespie immediately began to question the three boys about the prank and each of the boys denied participating in the prank.

W.H. and J.C. had been involved with the prank, but denied their participation because they were afraid of getting into trouble.

After only a few minutes of questioning and apparently desiring to question Timothy Hill alone, Gillespie told W.H. and J.C. to leave, but for unconfirmed reasons, held Timothy Hill for further interrogation, according to the suit. After the boys were dismissed, they walked back up the driveway toward the Hill home and Timothy Hill was left alone with Gillespie.

Timothy Hill was 5-foot-9 and weighed 185 pounds. He also had a medical condition that prevented him from standing still when he was nervous and he also suffered from nystagmus, which causes involuntary eye movement, according to the suit. Gillespie is 6-foot-3 and 240 pounds.

For unconfirmed reasons, and without probable cause, just moments after he had directed W.H. and J.C. to leave, Gillespie ordered Timothy Hill to turn around because he wanted to place him in handcuffs, according to the suit.

Gillespie negligently and/or intentionally decided to use excessive force against Timothy Hill and a neighbor heard the commotion and came out to offer help, according to the suit.

The Hills claim Gillespie had their son in a headlock and, during the course of the struggle, the three individuals fell into a drainage ditch, landing in a body of water, and, perceiving the tussle to be over, the neighbor left Gillespie and Timothy Hill in the water and began to climb out of the drainage ditch.

Gillespie then "pulled out his gun, aimed it at an unarmed teenager who was not under arrest, and fired his weapon at Timmy, hitting him in the head," the complaint states.

Gillespie then fired a second shot, hitting him in the chest. Timothy Hill then died as a result of being shot twice.

The Hills claim Gillespie did not attempt to provide any medical care to their son and did not check to see if he was still alive and, instead, left him face down in the water, which is the position his body was in when the paramedics arrived.

Gillespie called in the shooting at 1:43 p.m. and at 1:45 p.m., he informed his fellow officers that he was concerned there would be an altercation when the family of the boy he had just killed arrived.

The Hills claim Gillespie was negligent, as was the West Virginia State Police.

The defendants unlawfully and wrongfully arrested Timothy Hill and violated his civil rights, according to the suit.

The Hills are seeking compensatory and punitive damages. They are being represented by Robert V. Berthold Jr. of Berthold Law Firm PLLC; and Michael A. Olivio and Stephanie H.D. Mullett of Olivio Law Firm PLLC.